You are here: Home / Business / Paris has the highest level of the air pollution in the last ten years 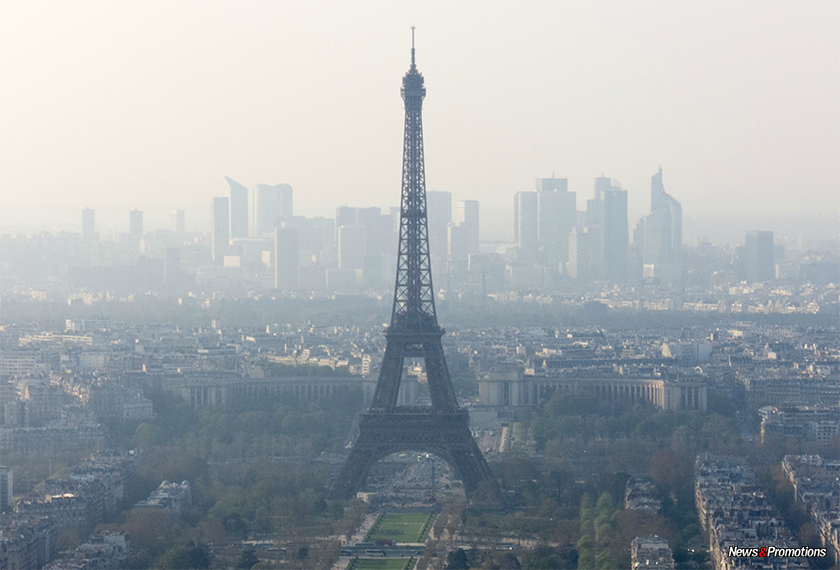 Paris and the surrounding regions are faced for more than one week with an increased level of pollution during the winter season, the most intense and the longest in the last ten years, indicates Airparif, the organism that supervises the quality of the air in the capital of France, according to the AFP. This peak of pollution is connected to the increasing of the particle emissions caused mainly by the road traffic and by the wood heating, together with the extension of the weather conditions favorable to maintaining them near to the ground (the temperature contrast and the slow wind). The alert threshold’s exceed for the polluting with particles, a concentration superior to the limit of 80 micrograms per cubic meter of fine particles in the air, lasts for more than a week and it could extend according to the Airparif. The date of December 1 was the day which registered the record of pollution, with a maximum concentration of 146 micrograms per cubic meter.

For the fourth time in twenty years, the French authorities imposed on Tuesday and Wednesday the alternative circulation system in Paris and in its suburbs to fight against the pollution. On Tuesday circulated the vehicles with even numbers of registration and on Wednesday those with odd numbers. The persons who used in common a car benefited from a derogation from these restrictions. Also other measures that were taken in the Paris region concerned the free public transportation. The pollution also affected, on Tuesday, Lyon (in the center-East France), as well as the neighboring regions Annecy and Chambéry. The fine particles are especially harmful to health. They may generate allergies, cardiovascular diseases, asthma, cancer, respiratory diseases. The Nitrogen dioxide, NO2, which is released into the atmosphere by the diesel engines favors pulmonary problems for children and asthma.

When it comes to ransomware, you don't always get … END_OF_DOCUMENT_TOKEN_TO_BE_REPLACED

Peyton Carr is a financial advisor to founders, … END_OF_DOCUMENT_TOKEN_TO_BE_REPLACED