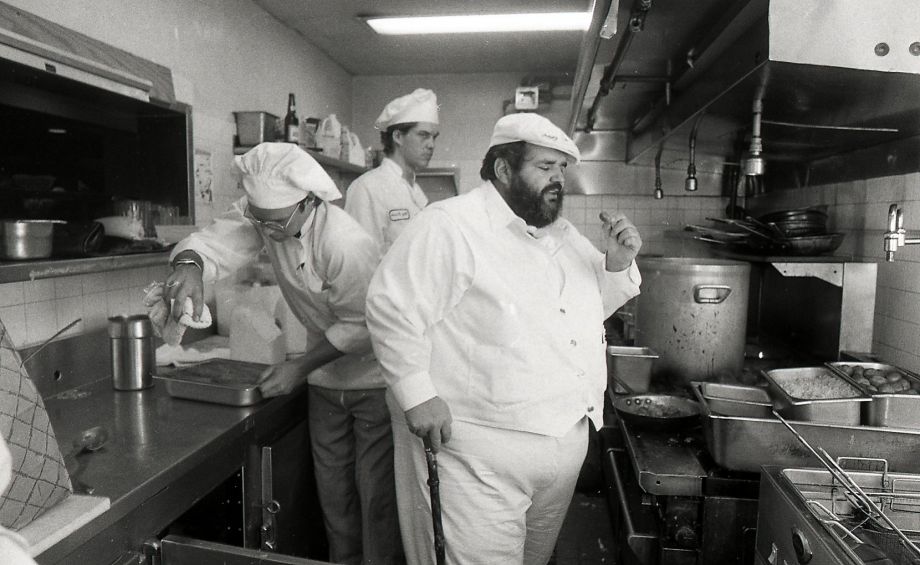 Paul Prudhomme, the Cajun-born celebrity chef who popularized New Orleans cuisine, died Thursday after a brief illness. He was 75. Mr. Prudhomme, who died in New Orleans, was a seminal figure in the food and restaurant world as a charming culinary ambassador who forged a path that went beyond the walls of a kitchen and into mainstream America.

In 1975, he made his name as the first non-European chef of New Orleans’ iconic Commander’s Palace restaurant. Four years later, he opened his still-buzzworthy K-Paul’s Louisiana Kitchen in the city’s French Quarter, putting Cajun food on the national radar and propelling Mr. Prudhomme to celebrity chef status.

“At its peak in the 1980s, Prudhomme’s profile cast a shadow even over such culinary legends as Julia Child and James Beard, and there was no restaurant-world precedent for the celebrity he enjoyed,” wrote Brett Anderson of the Times-Picayune in New Orleans on the restaurant’s 25th anniversary in 2005.

But even though Mr. Prudhomme is best linked with New Orleans, he had an oft-overlooked connection to the Bay Area.

In 1983, Mr. Prudhomme brought his wildly popular K-Paul to San Francisco — for 32 days. At the time, San Francisco entertainment maven Bill Graham had a month left on the lease of his Battery Street club, the Old Waldorf, and invited the chef to replicate his New Orleans restaurant there.

Mr. Prudhomme accepted the offer and brought 22 members of his staff to San Francisco. Though he used mostly local ingredients — he found California’s sweet potatoes less flavorful than their Louisiana counterparts — he recreated signature dishes like gumbo, jambalaya, blackened fish and an appetizer of crawfish tails dubbed “Cajun popcorn.”

Lines snaked down the block as hundreds of people waited to get a taste of the world-famous restaurant. Some people waited for five hours; The Chronicle’s then-critic Patricia Unterman likened the temporary restaurant to Woodstock.

“It’s the first time anybody’s been nuts enough to try taking a restaurant on the road,” Mr. Prudhomme told The Chronicle at the time.

It was the country’s first pop-up restaurant — a genre that, three decades later, has become as widespread as the Cajun and Creole cuisine that Mr. Prudhomme put on the map.

When it comes to ransomware, you don't always get … END_OF_DOCUMENT_TOKEN_TO_BE_REPLACED

Peyton Carr is a financial advisor to founders, … END_OF_DOCUMENT_TOKEN_TO_BE_REPLACED