You are here: Home / Technology / People Freak When Twitter Goes Down for a Few Minutes 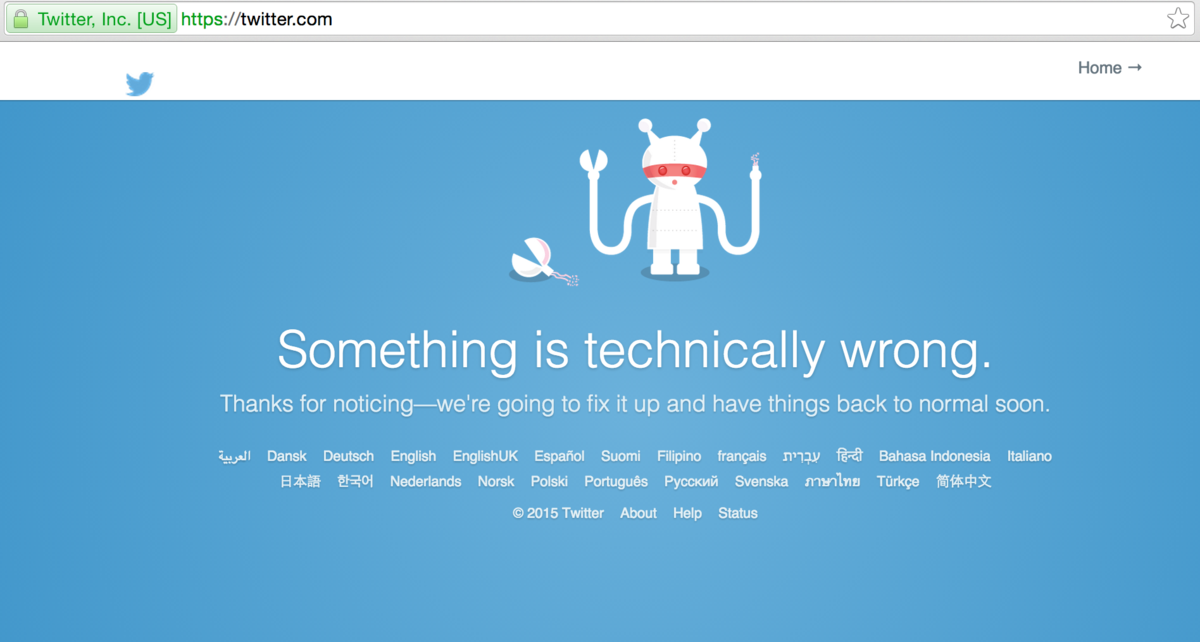 If you’re having issues accessing Twitter this morning, you’re not alone. Users experienced issues with accessing the website on Thursday, with some receiving the site’s standard error message: “Something is technically wrong. Thanks for noticing — we’re going to fix it up and have things back to normal soon.”

Although it’s unknown as of now what caused the outage, DownRightNow.com, which monitors the status of popular services, said the service disruption occurred soon after 9 a.m. ET. By 9:35 a.m. ET, users were able to get back onto the platform.

“The issues some users may have experienced accessing Twitter earlier today have now been resolved,” a spokesperson told Mashable.

However, Twitter had not yet updated its status page.

While the shortage was short, users (not surprisingly) had nowhere to air their frustrations.

When Twitter was down for like a min, I felt really lost because my first instinct was to tweet about it and I had nowhere to go

Twitter was down, so I started yelling tweets out my window.

Twitter went down so I couldn’t even search for other people tweeting twitter down, it was terrifying

The issue appeared to mostly affect users accessing the web version of Twitter.

When it comes to ransomware, you don't always get … END_OF_DOCUMENT_TOKEN_TO_BE_REPLACED

Peyton Carr is a financial advisor to founders, … END_OF_DOCUMENT_TOKEN_TO_BE_REPLACED