You are here: Home / Sports / Phil Gosselin Plays First Game Since Being Acquired by D-backs 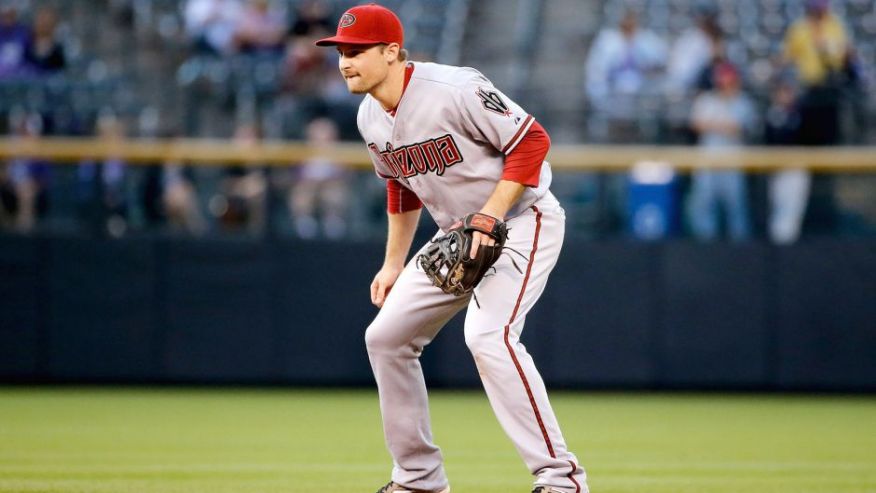 Two days after Phil Gosselin was placed on the disabled list in May, he was traded to the Arizona Diamondbacks. Three months later, he has finally taken the field for his new team. The 26 year-old infielder, who was acquired by the D-backs from the Atlanta Braves on May 20 while he was on the DL after having surgery to repair his fractured left thumb, took the field for Arizona on Monday, playing in his first game since May 17, and his first for his new club.

“I’m just excited to get back out there,” Gosselin said. “The rehab, the games went well, the thumb feels good. I’m just ready to get out there and help the team get some wins.”

Gosselin went 0 for 4 in his D-backs debut, but is anxious to get back into the swing of things with his thumb feeling better.

“My thumb, I haven’t had any problems at all since I’ve been back,” Gosselin said. “The biggest thing was getting my legs underneath me, playing two or three days in a row. I played three days in a row in the field in Reno right before this. I feel like I’m back to normal. I’ve basically just had my own little mini Spring Training. I’m ready to get going.”

His versatility adds depth to Arizona’s infield, as he is capable of playing second base, his primary position, third base, shortstop, and outfield as well, if needed.

When it comes to ransomware, you don't always get … END_OF_DOCUMENT_TOKEN_TO_BE_REPLACED

Peyton Carr is a financial advisor to founders, … END_OF_DOCUMENT_TOKEN_TO_BE_REPLACED