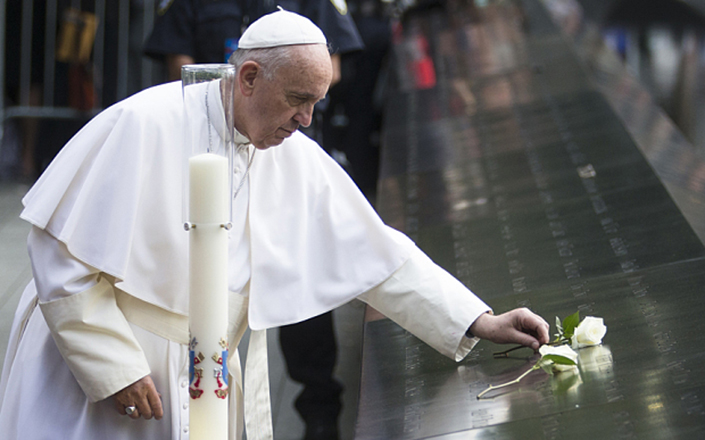 While reciting a prayer at one of the large waterfall pools which marks the spot where the World Trade Center once stood, he summoned the world to”unity over hatred.”

For more than a minute, Pope Francis stood at a pool that marks the exact location where the south tower used to be and at times would lift his eyes to look out at the enormous crowd his presence brought out to the historical site.

As seen in the photo above, Pope Francis lays a single white rose on the edge of the pool where the names of the September 11th deceased are etched in bronze.  The Pope also took some time to meet with some of families of first responders who tragically lost their lives that day.

When it comes to ransomware, you don't always get … END_OF_DOCUMENT_TOKEN_TO_BE_REPLACED

Peyton Carr is a financial advisor to founders, … END_OF_DOCUMENT_TOKEN_TO_BE_REPLACED