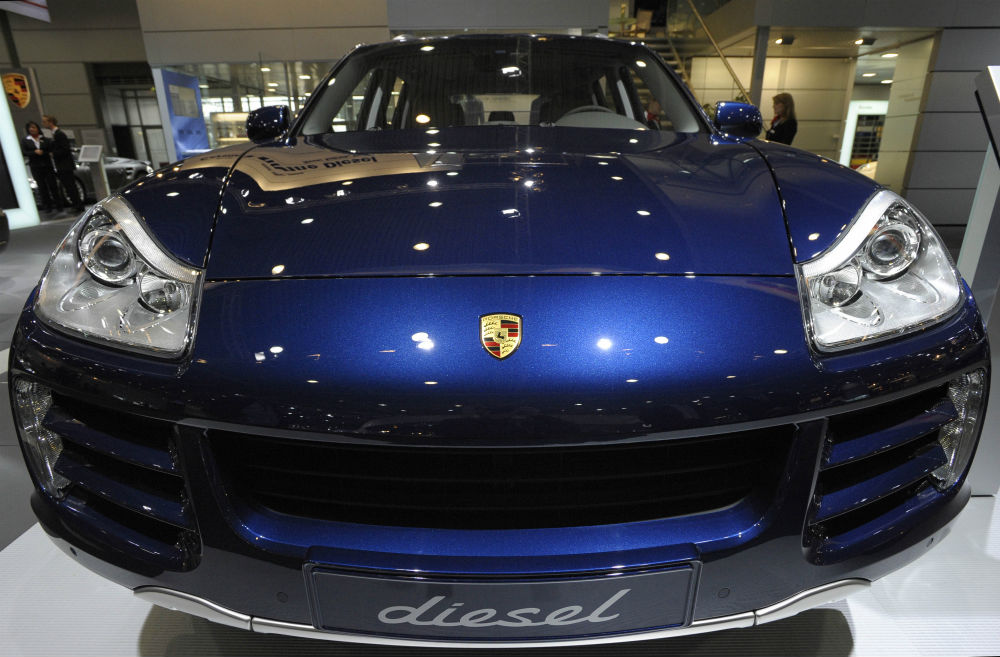 Volkswagen’s emissions cheating scandal is more widespread than originally thought. On Monday, the EPA sent out a second notice of violation of the Clean Air Act to Volkswagen, as well as VW-owned Audi and Porsche.

According to the notice, VW installed software on VW, Porsche, and Audi diesel vehicles released between 2014 and 2016 that ended up increasing the car’s nitrogen oxide emissions to levels up to nine times the EPA’s standard.

This “defeat device” software is able to sense when the cars were being put through federal emissions testing, at which time the cars are put into a lower-emissions mode. In that mode, according to the EPA, “the vehicle meets emission standards.” However, one second after the test is completed, the car switches back into normal mode and emits far more pollutants.

This second notice of violation encompasses 10,000 vehicles sold since 2014, and an “unknown volume of 2016 vehicles.”

“Today we are requiring VW Group to address these issues,” Richard Corey, executive officer of the California Air Resources Board, said in a statement. “This is a very serious public health matter. ARB and EPA will continue to conduct a rigorous investigation that includes testing more vehicles until all of the facts are out in the open.”

Nitrogen oxide — or NOx — can react with other compounds in the air to form tiny particles that can go deep into a person’s lungs and cause or aggravate respiratory diseases such as emphysema. It can also exacerbate heart diseases and cause increased hospital visits and even death. When NOx reacts with heat and sunlight, it forms ozone, which can also be dangerous to human health.

The first notice of violation, which was sent in September, accused VW of installing the software in about 482,000 cars since 2009, including its “clean diesel” Jetta, Golf, and Beetle. But VW later admitted that 11 million of its cars had the software.

“Let’s be clear about this: Our company was dishonest with the EPA, and the California Air Resources Board and with all of you,” Michael Horn, Volkwagen’s U.S. chief, said in September. “And in my German words: We have totally screwed up. We must fix the cars to prevent this from ever happening again and we have to make this right. This kind of behavior is totally inconsistent with our qualities.”

The U.S. Justice Department launched a criminal investigation into VW over the scandal earlier this year, according to the Wall Street Journal. There are still multiple questions — including why Volkswagen chose to install the software — surrounding the scandal.

“All companies should be playing by the same rules,” Cynthia Giles, assistant administrator at the EPA, said in a statement. “EPA, with our state, and federal partners, will continue to investigate these serious matters, to secure the benefits of the Clean Air Act, ensure a level playing field for responsible businesses, and to ensure consumers get the environmental performance they expect.”

When it comes to ransomware, you don't always get … END_OF_DOCUMENT_TOKEN_TO_BE_REPLACED

Peyton Carr is a financial advisor to founders, … END_OF_DOCUMENT_TOKEN_TO_BE_REPLACED