You are here: Home / Business / A portrait of the last Russia’s czar, hidden on the back of a Lenin’s painting, will be exhibited 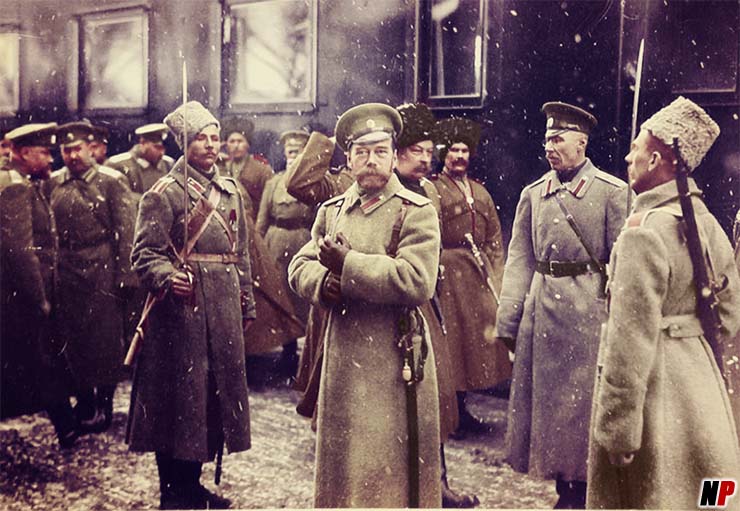 A portrait of the last Russian czar, Nicholas II, remained hidden for almost a century on the back of a painting of Lenin and accidentally discovered, will be exposed to Sankt Petersburg, declared the restaurateurs, quoted by the AFP. ‘The Czar’s portrait painted by Ilya Galkin in 1896 remained hidden for 90 years on the back of another portrait, of Lenin’s, made in 1924 by the painter Vladislav Izmailovich (1872-1959)’, explained Tatiana Potselueva, the head of the restaurateurs group, who took care of the painting for three years. The portrait of large dimensions (4 on 3 meters) of Lenin’s, sitting in front of the Admiralty building in Sankt Petersburg, have been exposed during all these years in the celebration hall of the school 206 of the former imperial capital, which hosted in the time of the Czars a trade institute. The painting was accidentally damaged during the ’70 and the restoration was initiated in 2013, by experts from the National Art Academy and Industry Stiglietz in St. Petersburg, who quickly discovered its secret.

The image of the last Russian Czar, killed together with his entire Bolshevik family in 1918, occurred under a coat of water-soluble paint. ‘Normally, it paints over the old painting, destroying the previous picture. Here the painter kept it by making it to disappear under a coat of paint soluble in water before painting on the back side of the painting’, showed the restaurateurs. ‘By keeping the portrait of the czar, Vladislav Izmailovich risked much’, said the interim rector of the Academy, Vasili Kitchedji. The painting with the two portraits can be admired by the public at the end of November in the building of the Stiglietz Academy. The Russian Czar Nicholas II (Nikolai Alexandrovici Romanov), lived between May 6, 1868 and July 17, 1918 and was the last emperor of Russia.

When it comes to ransomware, you don't always get … END_OF_DOCUMENT_TOKEN_TO_BE_REPLACED

Peyton Carr is a financial advisor to founders, … END_OF_DOCUMENT_TOKEN_TO_BE_REPLACED