You are here: Home / Top News / President Obama Wants To Change The Way the U.S. Sells Its Oil and Coal 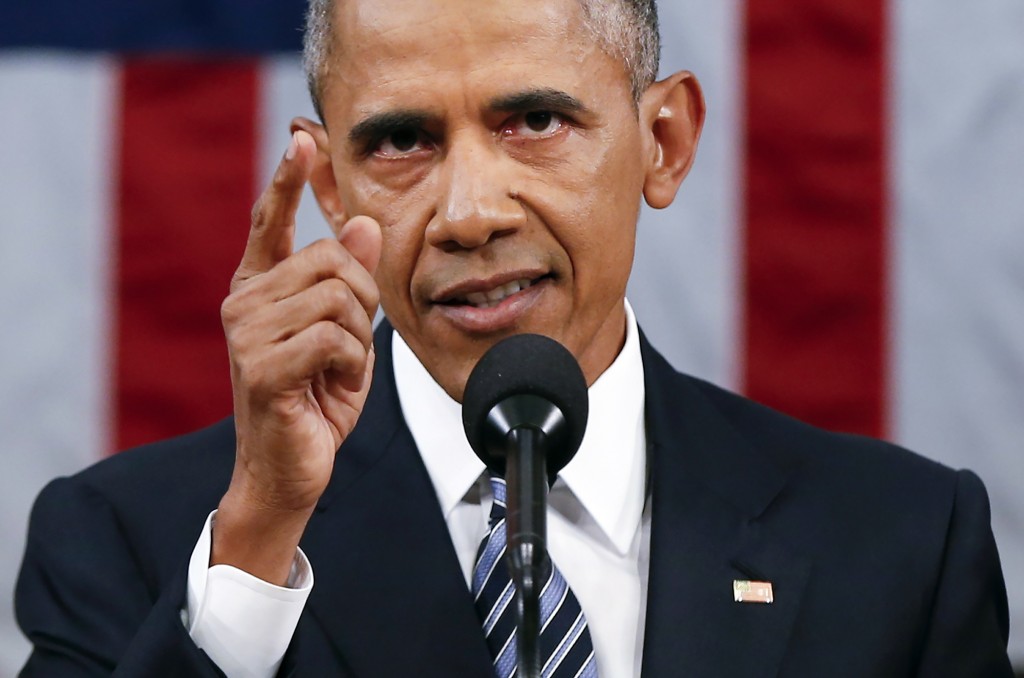 President Obama might have started off his State of the Union address Tuesday night by saying he wasn’t going to list a bunch of policy priorities, but he did offer up some climate change policy changes that we will likely see this year.

Obama has made climate action is key tenet of his administration, but how we use our public lands — and waters — has continued to run counter to the broader strategy, giving fossil fuel companies a major discount. Those practices might be coming to an end.

Obama is talking about the fossil fuels that come out of publicly owned land — land owned by the federal government and set aside for recreation, wildlife, ranching, and, yes, energy development. In recent years, solar and wind farms have been constructed on public land — electricity was long ago deemed a public good — but continuing to develop coal and natural gas, particularly at below-market prices, goes against the climate actions the Obama Administration has fought for.

There are two main issues that the Obama administration is expected to address this year: coal and methane. Many believe taxpayers are not getting fair market value for federal coal, while methane emissions from oil and gas production are a huge driver of climate change.

To begin with, about a third of the country’s coal reserves are on public land, mostly out West. Right now, the statutory federal royalty rate is 12.5 percent of the gross value of surface-mined coal, according to the Bureau of Land Management. That means coal companies have to pay the landowner — in this case, the United States — 12.5 percent of the sale value of the coal they mine on that land. For underground-mined coal, the Secretary of the Interior can go as low as 8 percent. (To give some example of what a deal federal coal is, consider the fact that although it accounts for only a third of U.S. reserves, it accounts for 41 percent of coal production.)

And according to Headwater Economics, a non-partisan economic analysis firm, the effective royalty rate is much lower than 12.5 percent — it’s only 4.9 percent. According to recent estimates, 40 percent of coal sold in Wyoming is sold to subsidiary companies at below-market rates, which are then used to calculate taxpayer royalties. One group of Western cities estimates that loopholes have cost the American taxpayer some $30 billion in revenue over the years.

“For far too long, the Interior Department has given away our publicly owned fossil fuels to mining and drilling companies without regard for the damage they cause to communities and our climate,” Greenpeace USA executive director Annie Leonard said in a statement. “We look forward to hearing more from President Obama about the steps his administration will take to keep our fossil fuels in the ground.”

But it’s not just royalty rates that Obama could address in his final year in office — it’s also methane. The president pledged to look at “the costs [fossil fuels] impose on taxpayers and our planet” (emphasis added). There is a long-awaited methane rule from BLM that would apply to oil and gas production on public lands, and reports say a new rule for fracking and flaring could be released as soon as Friday.

Methane from fracking on public lands is estimated to be equivalent to the climate pollution from 34 coal-fired power plants, according to the Western Environmental Law Center. Flaring, during which oil and gas producers burn the escaping gas, is so prevalent in some places that it has been said to light up the nights in North Dakota for days on end. Fracking for oil there also releases less-valuable natural gas, which producers just flare off.

Methane, which makes up 80 percent of natural gas, is a potent greenhouse gas, and curbing its release will be critical to meeting the United States’ climate action goals.

The administration has already released a preliminary rule that would cover methane emissions from new oil and gas infrastructure (which means it would not include the storage well in northern Los Angeles that has lost some 80,000 metric tons of methane since it started leaking in October). A study of natural gas process plants released last year found that the facilities were leaking eight times as much methane as the EPA previously estimated.

When it comes to ransomware, you don't always get … END_OF_DOCUMENT_TOKEN_TO_BE_REPLACED

Peyton Carr is a financial advisor to founders, … END_OF_DOCUMENT_TOKEN_TO_BE_REPLACED