You are here: Home / Business / A princeps edition of the first volume of ‘Harry Potter’ series was sold at an auction with almost 50,000 euros 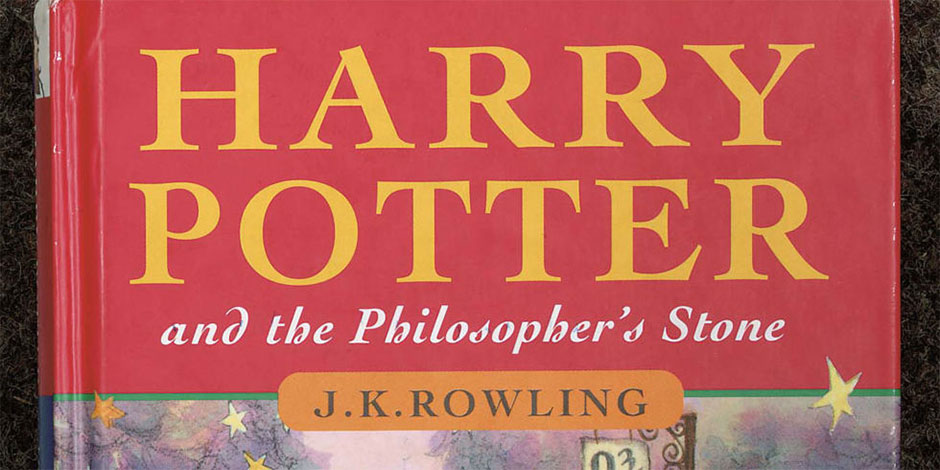 A princeps edition of the volume ‘Harry Potter and The Philosopher’s Stone’ the first from the successful series of the UK author JK Rowling was sold with 43.750 pounds (49.812 euros), revealed the house of auctions Bonhams in London, quoted by the EFE. The auction caused an intensive bidding and greatly exceeded the expectations of the house, according to a spokesman for Bonhams, who said that the volume had the starting price between 15,000 – 20,000 pounds (17,000 – 23,000 euros) and it is in ‘excellent conditions’. The new owner of this premium edition is a businessman who lives in London and whose identity has not been revealed to the mass-media. ‘Harry Potter and ‘The Philosopher’s Stone’ is the first volume of the seven that make the famous saga of the wizard written by Rowling and which was also adapted for the big screen becoming a great commercial success.

A part of the attraction contained by this first edition is represented by a printing mistake on the inside cover, from which is missing the word ‘the’ before the Philosopher’s Stone. Simon Roberts, a specialist at the section dedicated to the books and manuscripts of the Bonhams house, considered as ‘outstanding’ the amount paid for what he considered a ‘modern classic that likes very much’. ‘Harry Potter and The Philosopher’s Stone’ was published for the first time on June 30,1997 by the Bloomsbury publishing house becoming automatically a bestseller in the USA and in many other countries. From this successful saga, the author sold over 400 million copies worldwide. The book won over 15 awards for literature such as: the Massachusetts Children’s Book Award (2000) and the American Booksellers Book Of The Year Award for Children (1999).

When it comes to ransomware, you don't always get … END_OF_DOCUMENT_TOKEN_TO_BE_REPLACED

Peyton Carr is a financial advisor to founders, … END_OF_DOCUMENT_TOKEN_TO_BE_REPLACED