You are here: Home / Business / Principia Mathematica of Isaac Newton sold for $3.7 million at an auction 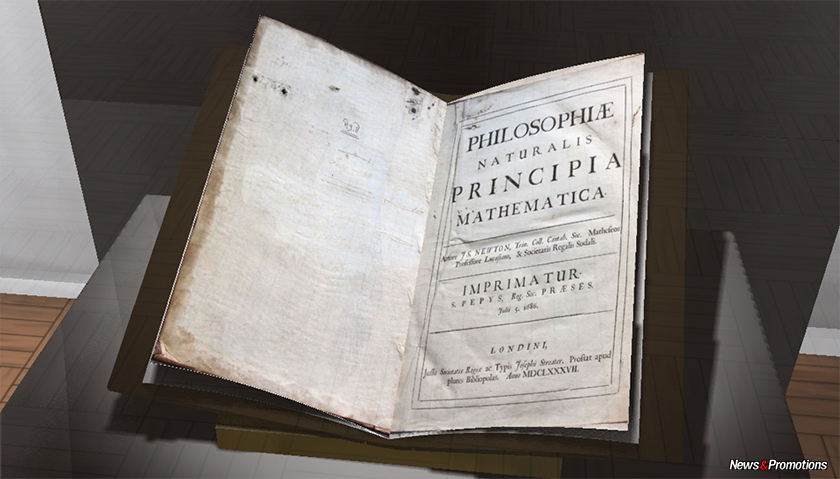 Usually, the scientific works do not obtain high prices of purchase when they participate in auctions, but a copy of the reference work Principia Mathematica of Isaac Newton from 1687 was sold at New York by the Chiristie’s house for 3.7 million dollars, writes engadget.com. Initially estimated at 1.5 million dollars, Principia Mathematica is the most expensive work of science that was sold until now at an auction. It is an European continental limited edition, from the series of those 80 copies that were made, compared to the 400 editions for the Great Britain. This work was described by Albert Einstein as: ‘perhaps the greatest intellectual stride that it has ever been granted to any man to make.’ The price obtained at this auction is not an isolated case, an original manuscript of the same work of Isaac Newton was sold in 2013 for 2.5 million dollars and will be kept by the Royal Society of Science from the Great Britain.

Keith Moore, the Royal Society library’s head says about this work: ‘It’s not just the history and development of science; it’s one of the greatest books ever published. It was hugely influential in terms of applying mathematics to basic physical problems. People who have big books these days maybe are the kinds of people who have made their money on the internet or the web … If you have a few million quid to spend, why wouldn’t you buy a copy of Principia Mathematica?’ Principia Mathematica is one of the most important works of Isaac Newton in which are described the laws of the motion, including the law of gravity. Many of the concepts explained in this work represents the reference points in the laws of physics for several centuries before the assertion of the new principles of relativism and of the quantum physics, concludes engadget.

When it comes to ransomware, you don't always get … END_OF_DOCUMENT_TOKEN_TO_BE_REPLACED

Peyton Carr is a financial advisor to founders, … END_OF_DOCUMENT_TOKEN_TO_BE_REPLACED