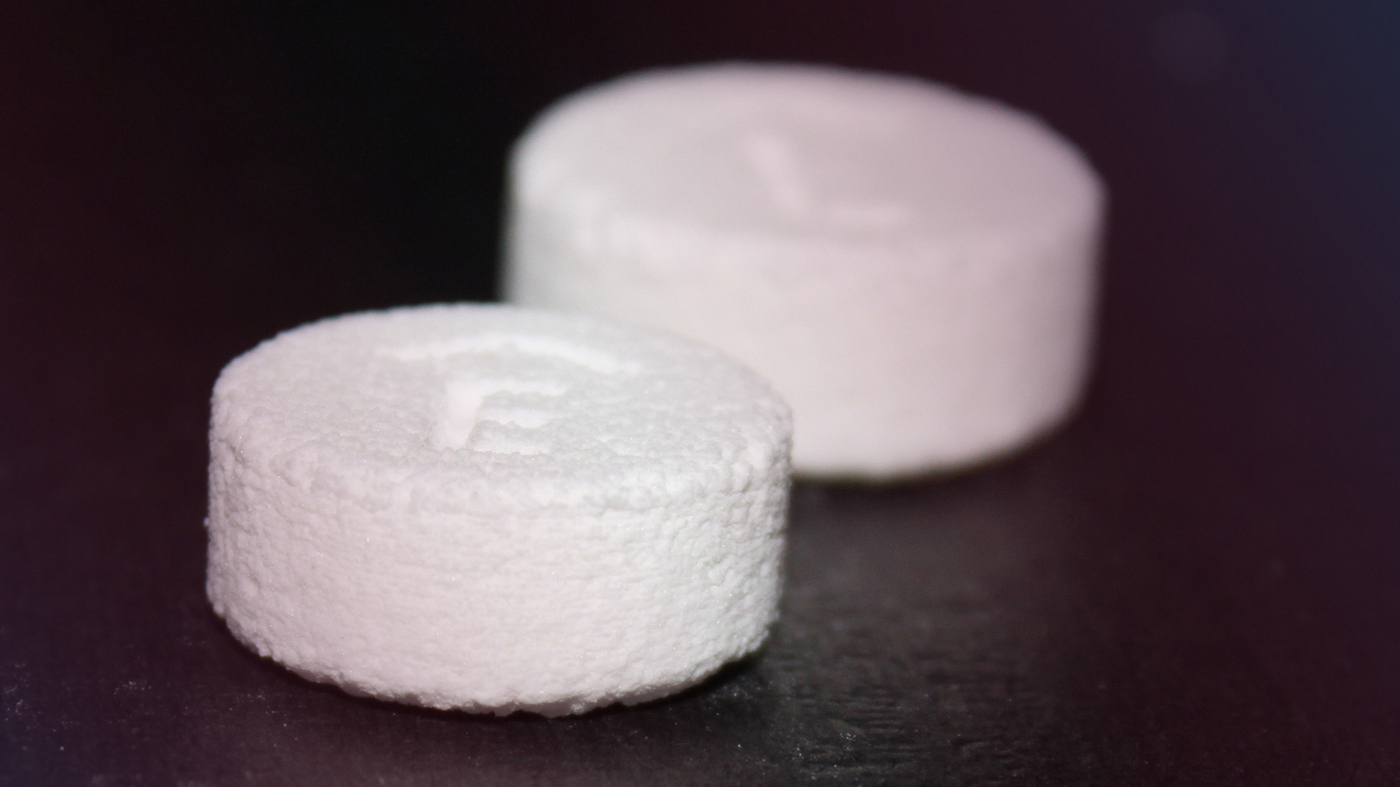 In a first, the Food and Drug Administration has given approval to a drug that is produced on a 3-D printer. The pill, produced by Aprecia Pharmaceuticals, treats seizures. It’s expected to hit the market in the first quarter of 2016.

NPR’s Rob Stein reports. “The drug is called Spritam and is designed to treat seizures in people suffering from epilepsy. It’s a new version of a seizure medication that’s been on the market for years.

“The new tablets are manufactured using 3-D printing, which creates objects by very precisely spewing out one layer of a substance on top of another. 3-D printing is being used to make all sorts of things these days.

“The FDA had previously approved medical devices made with 3-D printing. The company that makes Spritam says the 3-D-printed version of the drug allows it to dissolve more quickly, which makes it easier to swallow.”

Another benefit of the process, says Aprecia, the drug’s maker, is that it allows a high drug load — up to 1,000 mg — to be delivered in a single dose. The 3-D printing process creates a pill that has “a porous formulation that rapidly disintegrates with a sip of liquid,” the company says.

Aprecia says it based its printing platform on technology that originated at the Massachusetts Institute of Technology.

When it comes to ransomware, you don't always get … END_OF_DOCUMENT_TOKEN_TO_BE_REPLACED

Peyton Carr is a financial advisor to founders, … END_OF_DOCUMENT_TOKEN_TO_BE_REPLACED