You are here: Home / Business / The prophetic qualities of The Simpsons movie about the president Donald Trump 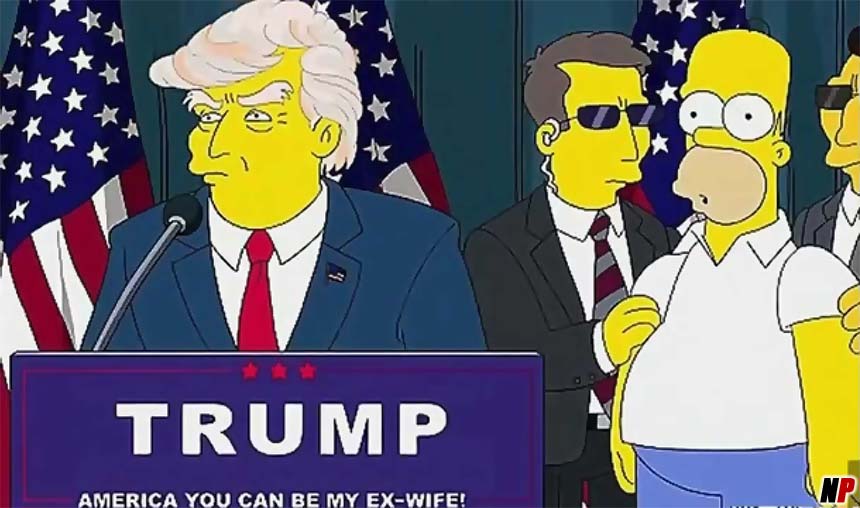 In 2000, an episode of the famous animated sitcom The Simpsons called ‘Bart to the Future’, presents America as it remained after the presidency of Donald Trump. In the episode, Bart Simpson imagines how will be his life at maturity and Lisa Simpson, his sister, becomes the ‘first heterosexual woman president of America’ and takes the mandate from Trump. Lisa Simpson asks his adviser how wrong the things could go in the years of the Trump governing, that the country ended by being bankrupted, in the conditions in which the real estate mogul transformed into president invested in American kids but ‘obtained a generation of super-powerful super-criminals’. Fifteen years later, after Trump announced his candidacy, The Simpsons filmmakers’ replica came in the form of a short ‘Trumptastic Voyage’ in which Trump is ridiculed (and especially his hair).

In another short animation made this year, the creators of ‘The Simpsons’ shows Homer Simpson from the perspective of the American who does not know whether to vote with Donald Trump or with Hillary Clinton. Homer sleeps and dreams about what he would do each of them after they move to the White House. Trump appears in the bed at the White House and the phone rang at 3 o’clock in the morning. Near Trump is a book with the title ‘A. Hitler: the big speeches’. ‘I can’t now! I’m on Twitter!’ shrieked Trump although he is alone in the bedroom. He rejects the call and then he continues to type something on the screen of his mobile phone: ‘…and (Massachusetts senator) Elizabeth Warren sent too many Tweets. Good that we exiled her!’. Then he answers the phone: Oh, and put my name on the Lincoln memorial, oblige Chris Christie to eat a worm just to have fun, abolishes NATO and make me an omelet on a golden plate!

When it comes to ransomware, you don't always get … END_OF_DOCUMENT_TOKEN_TO_BE_REPLACED

Peyton Carr is a financial advisor to founders, … END_OF_DOCUMENT_TOKEN_TO_BE_REPLACED