You are here: Home / Education / Queen Silvia of Sweden thinks she lives in a castle haunted by friendly ghosts 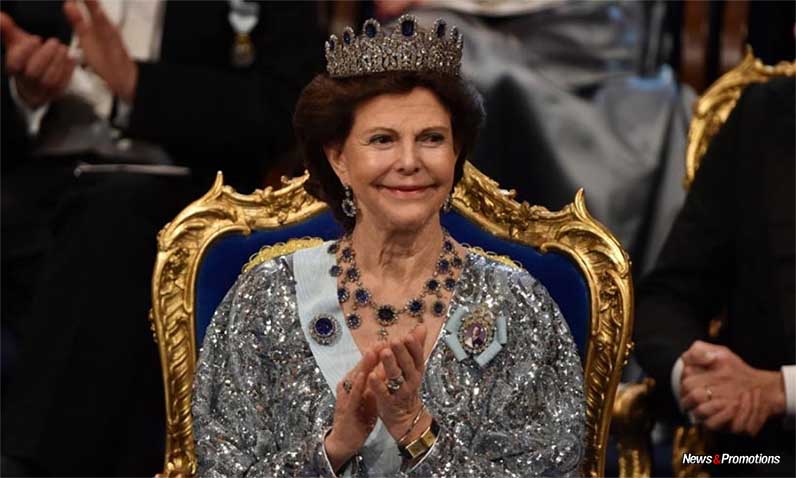 Queen Silvia of Sweden is convinced that the Drottningholm residence, nearby Stockholm is haunted by ‘very friendly’ ghosts, according to a documentary. ‘They’re small friends (…) ghosts. All are friendly, but you sometimes feel that you’re not completely alone,’ said the 73 years old queen. ‘It’s really exciting. But you don’t get scared’, added the sovereign. The Queen’s sister, Princess Christina, shares the point of view of the sovereign regarding the Drottningholm Castle, the residence of the King XVI Gustaf and of Silvia, which was built in the XVII century on the island of Lovon and which entered in the UNESCO heritage.

‘There is much energy in this house. It would be strange if it didn’t take the form of guises,’ she stated in this documentary. Sweden, a country where most of the inhabitants are declared atheists, is not a land of superstitions, even if there are rumours regarding other castles or old manor about whom they say that are haunted. Queen Silvia of Sweden has been hospitalized after she felt bad during the traditional Christmas concert organized at the Drottningholm Castle. After a short period of hospitalization, the queen has returned to Drottningholm and she feels good. Born in Germany and grown in Brazil, Silvia is a discreet but appreciated by her people sovereign for her charity works and for her simplicity.

Silvia Renate Sommerlath was born on December 23,1943 in Heidelberg (Baden-Württemberg), from a Brazilian mother and a German industrialist, who led a weapon factory between 1939 and 1943. Responsible with the welcoming of the personalities of the Olympic Games of 1972, Silvia enchanted Carl Gustaf, the heir of the throne of Sweden, known, until then, rather for his preference for the beautiful cars. The two got married on June 19, 1976, at three years after Carl Gustaf had become king.

When it comes to ransomware, you don't always get … END_OF_DOCUMENT_TOKEN_TO_BE_REPLACED

Peyton Carr is a financial advisor to founders, … END_OF_DOCUMENT_TOKEN_TO_BE_REPLACED