You are here: Home / Entertainment / Quentin Tarantino Not a Cop Hater 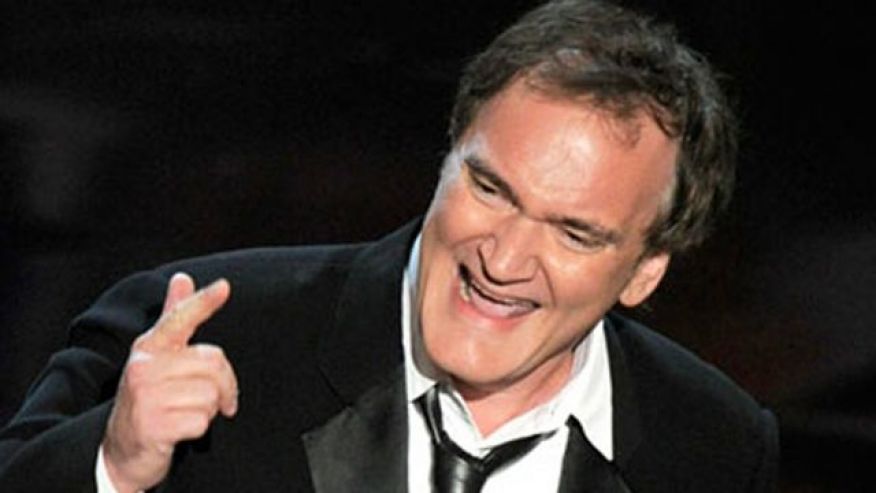 Filmmaker Quentin Tarantino responded for the first time Tuesday to waves of criticism and planned boycotts of his upcoming film, after the Academy Award-winning director made controversial remarks about law enforcement last month.

Tarantino, whose new film The Hateful Eight premieres this Christmas, told the Los Angeles Times on Tuesday, “All cops are not murderers. I never said that. I never even implied that.”

“Their message is very clear. It’s to shut me down. It’s to discredit me. It is to intimidate me. It is to shut my mouth, and even more important than that, it is to send a message out to any other prominent person that might feel the need to join that side of the argument,” he said.

“I’m not being intimidated. Frankly, it feels lousy to have a bunch of police mouthpieces call me a cop hater,” Tarantino told the paper, “I’m not a cop hater. That is a misrepresentation. That is slanderous. That is not how I feel.”

“But you know, that’s their choice to do that to me,” the director told the Times. “What can I do? I’m not taking back what I said. What I said was the truth. I’m used to people misrepresenting me; I’m used to being misunderstood. What I’d like to think is their attack against me is so vicious that they’re revealing themselves. They’re hiding in plain sight.”

Tarantino sparked the firestorm of criticism and boycott threats after he spoke at an anti-police-brutality rally in Brooklyn, N.Y. on October 24, during which he said, “I’m a human being with a conscience. And if you believe there’s murder going on then you need to rise up and stand up against it. I’m here to say I’m on the side of the murdered.”

In recent days, a growing number of police groups have called for the boycott of the upcoming Christmas Day release. Local police organizations in New York, New Jersey, Chicago, Philadelphia and Los Angeles have declared they will boycott the film. The National Association of Police Organizations and the National Border Patrol Council also recently joined the ranks opposing Tarantino after remarks the director made during a recent rally against police brutality.

Los Angeles Police Lt. Craig Lally, told the paper that the director showed a “stunning lack of sensitivity” toward the family of NYPD Officer Randolph Holder, who was shot to death in East Harlem, N.Y., four days prior to the anti-police-brutality rally.

Lally projected an “underground” of “very pro-police” people could indeed affect the returns of Hateful Eight.

New York City’s Policemen’s Benevolent Association President Patrick Lynch told Fox411 in an email, “The damage from Quentin Tarantino’s hateful comments about police officers has already been done.  ‘Freedom of expression’ goes both ways. If he doesn’t want to face a backlash, he should choose his words more carefully in the future. Meanwhile, police officers will continue to express their own outrage at the box office.”

“Shame on him, particularly at this time we are grieving for a New York City police officer. There are no words to describe the contempt I have for him and his comments at this particular time,” Bratton told AM 970’s John Gambling, according to the New York Post.

Actor Jamie Foxx, the star of his Django Unchained, has backed Tarantino. At the Hollywood Film Awards, Foxx said: “Keep telling the truth and don’t worry about none of the haters.”

On Tuesday, the Weinstein Company, the longtime distributor of Tarantino’s films including Hateful Eight, said it does not speak for the director.

“The Weinstein Company has a longstanding relationship and friendship with Quentin and has a tremendous amount of respect for him as a filmmaker.  We don’t speak for Quentin, he can and should be allowed to speak for himself,” a Weinstein Company spokesperson told Fox411.

When it comes to ransomware, you don't always get … END_OF_DOCUMENT_TOKEN_TO_BE_REPLACED

Peyton Carr is a financial advisor to founders, … END_OF_DOCUMENT_TOKEN_TO_BE_REPLACED