You are here: Home / Lifestyle / Recreational Marijuana Now Being Sold in Oregon 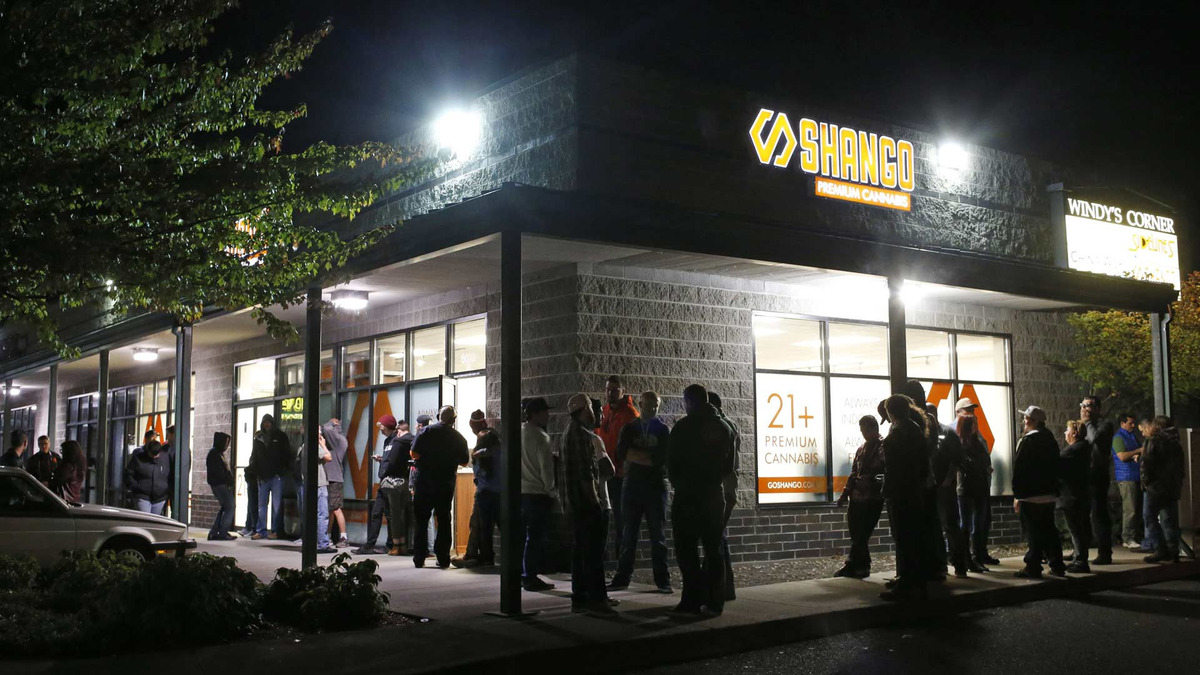 That means adults in the state could grow weed and give or receive it from others, but were not legally allowed to buy it until Thursday.

Naturally, people lined up to purchase it just like they would a new iPhone.

Davia Fleming, a 29 year-old from Portland, was first in line at Shango Premium Cannabis in Portland. She said she was blown away by how professional and beautiful the shop was.

“Besides the overwhelmingly positive outcome it’s been a productive day, the whole country is watching us,” Fleming said.

Shane McKee, a cofounder and co-owner of Shango, told Mashable that a line grew outside the store ahead of the midnight release.

“It was a historic moment for Shango and all the recreational users in the state of Oregon that finally have the ability to buy quality lab tested product in a safe environment,” McKee said.

Purchasing marijuana legally from a store can hold a certain significant value; to some, it’s a sign of progress that may be stunted depending on the U.S. president.

While this is something of a soft opening for Oregon, the state will begin accepting applications for new recreational stores in January 2016 and will open sales to the remainder of cannabis products, like edibles, topicals and concentrates.

Marijuana is also legal recreationally in Alaska, Colorado, Washington, D.C., and the state of Washington, meaning you can possess cannabis without a medical prescription. Medical marijuana is currently allowed in some form in 23 states.

Much like Oregon, Alaska is still working out its regulations for recreational sales, and in D.C. there are no sales of cannabis, until 2017 at least.

When it comes to ransomware, you don't always get … END_OF_DOCUMENT_TOKEN_TO_BE_REPLACED

Peyton Carr is a financial advisor to founders, … END_OF_DOCUMENT_TOKEN_TO_BE_REPLACED