You are here: Home / Business / RedMart Moves Into On-Demand Services In Singapore 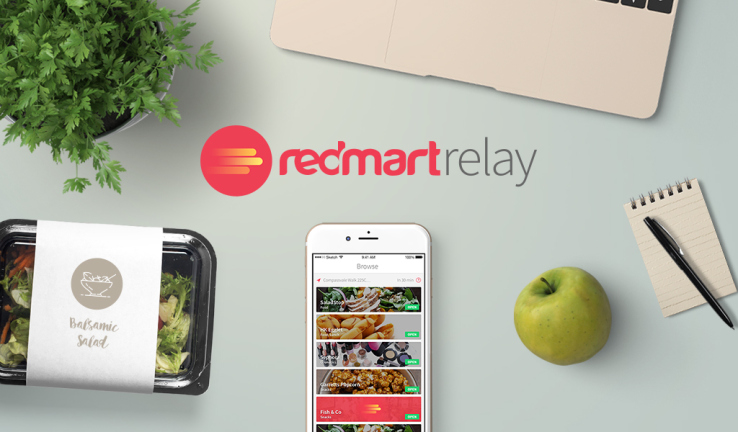 RedMart, the online grocery company in Singapore that’s raised over $50 million to date, officially stepped into a new area of business today after it launched an on-demand platform.

The new service — named RedMart Relay — will allow customers to buy “tens of thousands of products” from a range of as-yet-undisclosed partners that cover hot food, clothes, electronics and more. RedMart CEO Roger Egan told TechCrunch that products will arrive with customers within an hour of their order being completed, although hot meals will be dispatched faster for obvious reasons.

RedMart has been in business for over four years, during which time it has stayed in Singapore. This year new rivals have emerged offering similar services for consumers and in more markets than RedMart, which is still to venture beyond Singapore. Honestbee landed $15 million and is in Hong Kong and Singapore, while HappyFresh raised $12 million and is in Malaysia, Indonesia and Thailand, but Egan believes that RedMart has rightly taken time to develop a more sustainable and efficient model.

Echoing comments to TechCrunch when it raised $26.7 million in August, the RedMart CEO said his company has taken its time to “crack” the logistics piece in Singapore. To that point, unlike the other services — which summon third parties for deliveries and use in-store pickers to select product from stores for customers who order remotely — RedMart owns its supply chain from start to finish. That means produce is kept in its warehouses, and the last-mile leg of the delivery is handled by RedMart directly. In the case of RedMart relay, it is hiring new ‘Runners’ to handle deliveries but the new service will also tap into its existing fleet of vans, cars, and bikes which are already in transit delivering goods from its main grocery service and recently launched marketplace service. 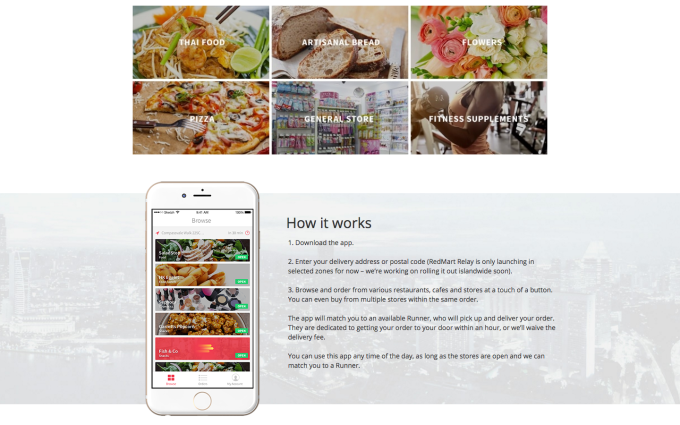 “We’ve always aspired to be an everything store. Groceries is best foundation to get there,” Egan told TechCrunch.”[An average of] 25-30 line items [for each order] forces you to be more efficient… while we can utilize our existing network already.”

For example, he explained, a Relay deliver might be dispatched to a runner or go out alongside a regular milk van delivery if it is taking a route that allows the on-demand delivery to go to the customer. (It that respect, RedMart deliveries run using a similar algorithm to Uber and other car on-demand services, particularly those that pool riders.)

RedMart Relay is the company’s second new launch of the year, following the introduction of a marketplace that allows retailers to sell online using RedMart’s existing customer base and logistics network.

RedMart recently revealed its first expansion would be to Hong Kong early next year, and, in line with that, the company confirmed it is “in the middle” of its locking down its Series C round. The latest fundraise, which should be completed early next year, will go towards preparing that new city launch and scaling RedMart’s other new services.

RedMart Relay is being rolled out slowly in Singapore having been tested in some neighborhoods already. With new areas coming online over time, Egan estimated that it should be available to all in the city-state by early 2016.

When it comes to ransomware, you don't always get … END_OF_DOCUMENT_TOKEN_TO_BE_REPLACED

Peyton Carr is a financial advisor to founders, … END_OF_DOCUMENT_TOKEN_TO_BE_REPLACED