You are here: Home / Lifestyle / Rescued Dog Turns Into Huge Ham on Instagram 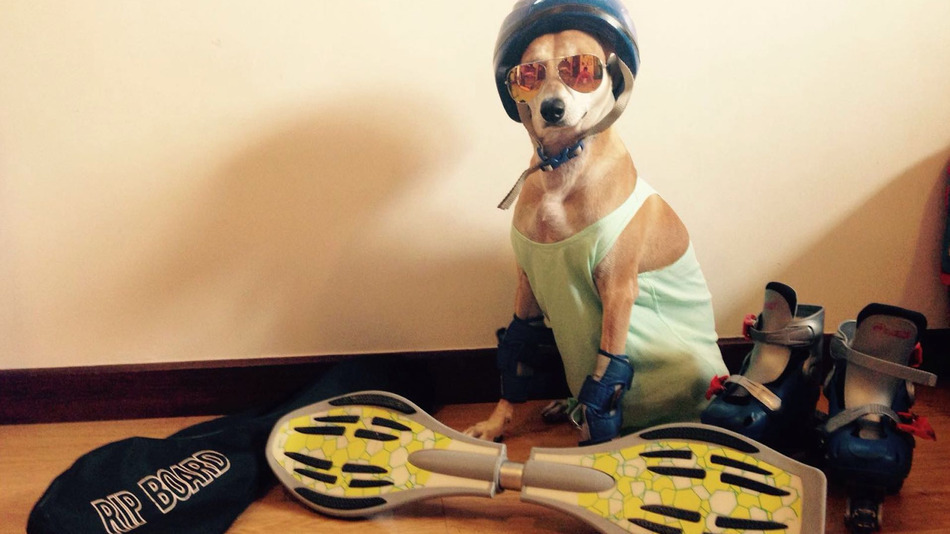 A new Instagram account by an Indian teenager shows just how adorable street dogs can get with a cute makeover. Indian Dogue is the brainchild of 13 year-old Shai Diwan, who started the account a few weeks ago while she was playfully taking pictures of her pet Skye.

Diwan used props that were readily available in the house — a cape and a broom make Skye look like Harry Potter, a chef’s hat and eggs frying in a pan recreate a kitchen, while a red gown transforms her into the belle of the ball. Most of the photographs are taken late at night, when’s Skye’s sleepy and hence more obedient. “I’ve never really seen a dog who’s as patient,” Diwan says.

She adopted Skye when the dog was just three months old, and had been abused by local shopkeepers after its parents and siblings were run over by a passing vehicle. Shai’s father adds that she was very particular about wanting a street dog.

“She wanted to give a street dog a better life,” Rahul Diwan days. “Street dogs are more loyal and healthier because the gene pool is wider and there is no in-breeding and cross-breeding. So yes, the message is that street dogs are also cute and really nice.”

Now a little over a year old, Skye seems to enjoy being in the limelight. “She likes the camera and the attention,” the teenager says. “She was abused and didn’t get a lot of attention in the first few months of her life. So you can see in the photos, that she’s a little satisfied.”

When it comes to ransomware, you don't always get … END_OF_DOCUMENT_TOKEN_TO_BE_REPLACED

Peyton Carr is a financial advisor to founders, … END_OF_DOCUMENT_TOKEN_TO_BE_REPLACED