You are here: Home / Business / The richest Indian wants to provide free 4G Internet for one billion people 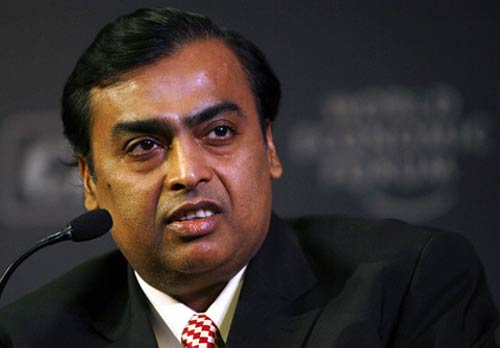 The richest man in India invests $20 billion in a mobile phone company which could bring fast Internet in the houses of millions of people. The Indian consumers are already celebrating the establishment of Reliance Jio by Mukesh Ambani who promises to offer Internet at very accessible prices and download speeds that facilitates the video streaming. In New Delphi, a device from the Reliance network shows impressive 21 megabytes per second downloading speed, according to CNN. The 4G network covers over 80% of the country and made its official debut on the market with a series of generous promo offers. The Indians will have free access to Jio until the end of 2016 and then they will pay only $2,25 per month. Ambani invested billions to put up almost 100.000 telecommunication towers all over the territory of India.

He estimates that Jio already covers 18.000 cities and 200.000 states. His goal is to reach 90% of the country’s population until March 2017. Building a 4G national network from 0 represents a major risk for Ambani. He got out of the telecommunication area 15 years ago, after a dispute with his brother Anil Ambani who owns Reliance Communications. But, the two brothers, whose fortune is estimated at $26 billion seem to have resolved their disputes and Jio will use the radio frequency owned by Reliance Communications. ‘Jio’ means ‘live your life’ in the Hindi language and if it will become another success of the Reliance network-which includes business from areas like energy, chemical industry, media and retail- its number of clients will increase with few millions. There are few public WI-FI spots in India and the poorer areas of the country don’t have the required infrastructure for a fast broadband connection. Only 1/5 of the Indian adults have access to the Internet.

When it comes to ransomware, you don't always get … END_OF_DOCUMENT_TOKEN_TO_BE_REPLACED

Peyton Carr is a financial advisor to founders, … END_OF_DOCUMENT_TOKEN_TO_BE_REPLACED