You are here: Home / Education / In the rocks under the Cerro Uturuncu volcano a huge tank of water was discovered 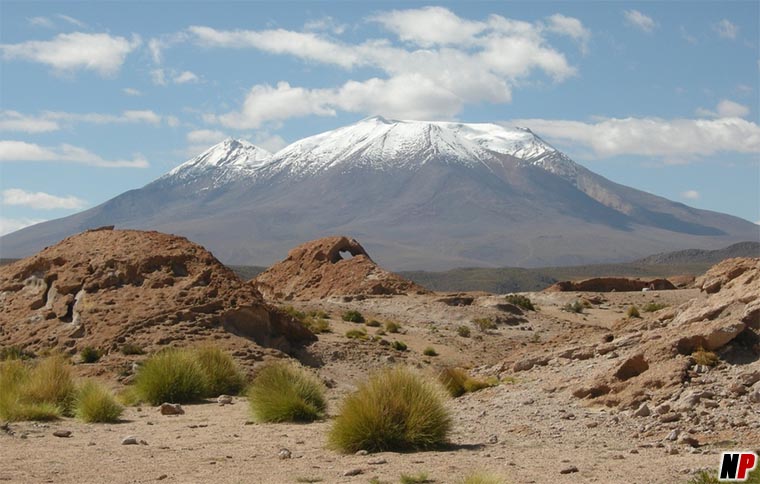 The Bolivian volcano Cerro Uturuncu, rising from the Altiplano, a high alpine plateau of the Andes and the largest alpine plateau on Earth after Tibet, has at its base, deep into the crust of the land, a giant water tank, according to a material published by the Live Science.The water that is closed in the melted rock under the volcano would fill the basin of the Superior Lake, the biggest of the five large lakes in North America. Such warehouses of dissolved water may cause the volcanic eruption in the subduction areas, where the huge pieces of terrestrial crust push the one on top of the other. The scientists were amazed about the quantity of water discovered under the Cerro Uturuncu.

‘It is probably two times more water than we would expect’, claimed Jon Blundy, a geologist at the University of Bristol, United Kingdom, one of the authors of this discovery. Blundy and his colleagues studied this volcano after a series of measurements obtained from a satellite showed that the soil around this mountain deforms. Typically, this means that the magma under the volcano moves in one form or another. While seismically evaluating the crust under the volcano, the researchers discovered an ‘anomaly’ which incited their curiosity, to a depth of 15 kilometers.

In that region the seismic waves were slowing down and they saw how the electrical conductivity was growing very much. The researchers claim that very rarely happens for a volcano to have the magma just below the volcanic cone. In exchange, the volcanoes are supplied by a viscous, partially solid, partially liquid mass of hot rocks under enormous pressures. The rock is melted to certain extreme temperatures and the liquid and gaseous part of this viscous mass can be captured in the pores of the rocks that are still in the solid state of aggregation, according to Blundy.

When it comes to ransomware, you don't always get … END_OF_DOCUMENT_TOKEN_TO_BE_REPLACED

Peyton Carr is a financial advisor to founders, … END_OF_DOCUMENT_TOKEN_TO_BE_REPLACED