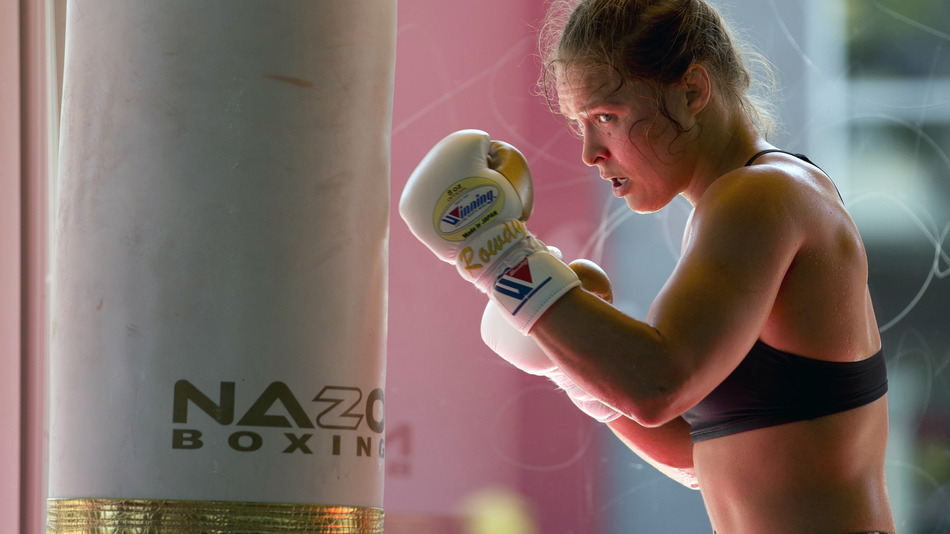 If you’re going to use words as ammunition, make sure you’re not just giving your opponent material. In the two weeks leading up to current UFC women’s bantamweight champion Ronda Rousey’s fight with Bethe Correia at UFC 190 in Rio de Janeiro, the Brazilian challenger set the mood with some trash talk.

Relations between the two fighters are icy at best, and, according to the LA Times, Correia has even used Rousey’s father’s suicide to taunt her opponent.

FOX Sports reports that Rousey couldn’t understand Correia’s Portuguese insults, though she did later find out that her opponent told her “don’t cry.”

So when Rousey knocked Correia out out in an impressive 34 seconds, she had the perfect response and simply fed the fallen fighter’s words right back to her, telling Correia “Don’t cry.”.

Rousey says she’s done feuding with Correia, and is, instead, focusing her energy both in and out of the ring on Miesha Tate who she will face next. When asked about her next fight, Rousey quipped, “beating Miesha seems to be good for both of our careers.”

Shaq, for the record, is #TeamRonda.

Rhonda rousey is a beast Daaaaaaaaaam

When it comes to ransomware, you don't always get … END_OF_DOCUMENT_TOKEN_TO_BE_REPLACED

Peyton Carr is a financial advisor to founders, … END_OF_DOCUMENT_TOKEN_TO_BE_REPLACED