You are here: Home / Business / A Rothschild baby giraffe is born in a Zoo from the Great Britain 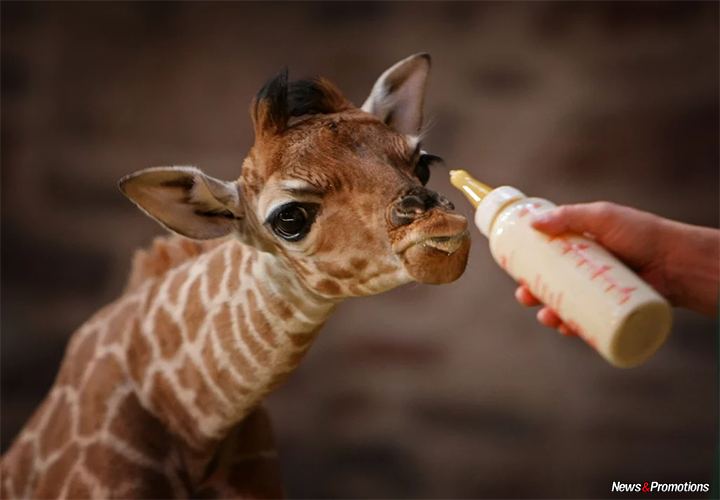 A Rothschild baby giraffe, a rare species, threatened with the extinction was born at the Chester Zoo, the Great Britain, informs the AFP. ‘It really is the best Christmas gift we could have ever have wished for. Shortly after being born, the calf was up on its feet within minutes, which was really pleasing to see. When it gets a little more used to its long legs it will be introduced to the rest of the herd but, for now, it’s important that mum and calf spend a few days together striking up those early bonds’ says Sarah Roffe, the giraffe team manager at this zoo. The baby giraffe, that has not received a name yet because its sex is not known, is already over 1.8 meters tall. In the natural habitat, the Rothschild giraffes live in Uganda and Kenya and are distinguished from other species by the big white lines and by the lack of the black spots below the knees. Their name comes from the British zoologist and creator of the Natural History Museum from Tring, Walter Rothschild.

These giraffes are also called Baringo, with reference to the Baringo Lake in Kenya, the area in which they are still living in the wilderness, but there are also called the Ugandan giraffes, from the second country in which they can be met in the natural environment, even if in Uganda the population of these giraffes has decreased by more than 90%. ‘This iconic species is often overlooked in Africa and, sadly, Rothschild’s giraffes are experiencing a silent extinction.

They are very much under threat in the wild, so it’s vital that our new calf helps us to throw a spotlight on this amazing species. Hopefully, our not-so-little arrival can generate more awareness of the huge pressures that Rothschild’s giraffes face in the wild’, said Roffe.

When it comes to ransomware, you don't always get … END_OF_DOCUMENT_TOKEN_TO_BE_REPLACED

Peyton Carr is a financial advisor to founders, … END_OF_DOCUMENT_TOKEN_TO_BE_REPLACED