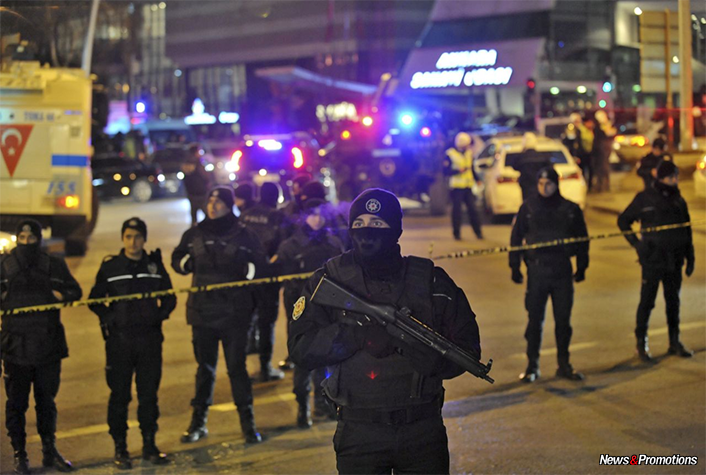 The Russian ambassador to Ankara was shot dead in an attack at an art gallery in the Turkish capital on Monday by a gunman shouting “Don’t forget Aleppo”.

A Russian foreign ministry spokeswoman confirmed the death of envoy Andrey Karlov, which marked one of the most serious spillovers of the Syria conflict into Turkey.

Russia is a close ally of Syrian President Bashar al-Assad and its air strikes were instrumental in helping Syrian forces end rebel resistance last week in the northern city of Aleppo.

The Anadolu news agency said the gunman had been “neutralized” soon after the attack, Relations between Moscow and Ankara have long been fraught over the conflict, with the two supporting opposing sides.

The attacker was smartly dressed in black suit and tie, and standing behind the ambassador as he made a speech at the art exhibition, a person at the scene told Reuters.

“He took out his gun and shot the ambassador from behind. We saw him lying on the floor and then we ran out,” said the witness, who asked not to be identified.

A Reuters cameraman at the scene said gunfire rang out for some time after the attack.

As screams rang out, the gunman could then be seen pacing about and shouting as he held the gun in one hand and waved the other in the air.

When it comes to ransomware, you don't always get … END_OF_DOCUMENT_TOKEN_TO_BE_REPLACED

Peyton Carr is a financial advisor to founders, … END_OF_DOCUMENT_TOKEN_TO_BE_REPLACED