You are here: Home / Business / Ryan Reynolds receives his own star on the Walk of Fame Boulevard 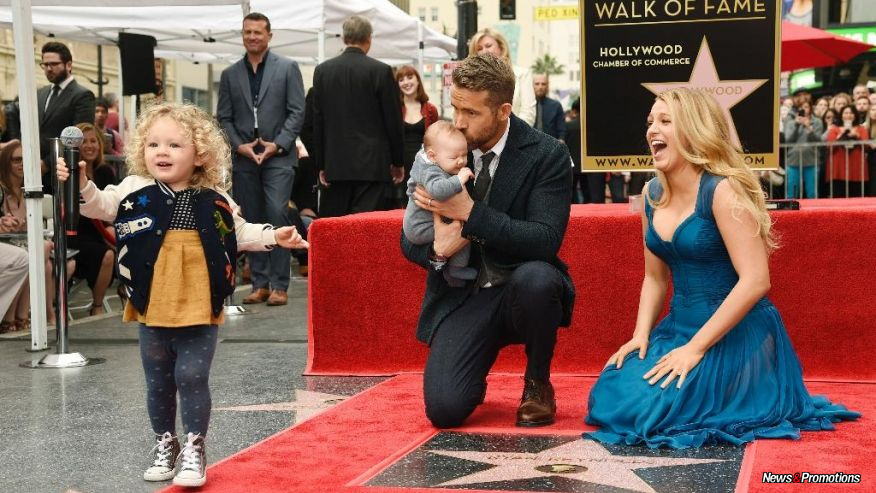 The star of ‘Deadpool’, Ryan Reynolds, made a family affair of the ceremony of receiving a star on the Walk of Fame in Hollywood, informs Reuters. The actor born in Canada has appeared at the ceremony together with his wife, the actress Blake Lively, their two children, his mother Tammy, his brothers, nieces and nephews. ‘It’s everything. Not only because my family is here, [but] this only happens once in a lifetime’, said Reynolds for the ET. ‘Normally we don’t drop the whole family out like this, but I just thought I’d regret this in 20 years if I didn’t have my kids here as well.

So we all, we decided collectively just to come down here in one big movement and be a part of this’, he continued. The year 2016 was a good one for the 40 years old actor. The film with superheroes ‘Deadpool’, which had a budget of 58 million dollars, became an unexpected success, having incomes of over 780 million dollars at world level. He also received the award for the Best Actor in a comedy for his role and the title of ‘Entertainer of the Year’ at the Critics’ Choice Movie Awards. Despite these, the actor keeps his modesty: ‘You know, [the years] all sort of feel the same. I’ve worked in this business a long time and they all feel the same.

A lot of what happens in the outward perception is not really up to me, but I’m enjoying it. I worked really, really hard to get here, and I plan to continue to work really, really hard’, he said for the ET. When he was asked about a possible sequel to ‘Deadpool’, Ryan Reynolds said he cannot say too much. ‘The Studio’s boss is there and she will kill me’, he joked.

When it comes to ransomware, you don't always get … END_OF_DOCUMENT_TOKEN_TO_BE_REPLACED

Peyton Carr is a financial advisor to founders, … END_OF_DOCUMENT_TOKEN_TO_BE_REPLACED