You are here: Home / Lifestyle / Saddest Dog in the World No Longer Sad 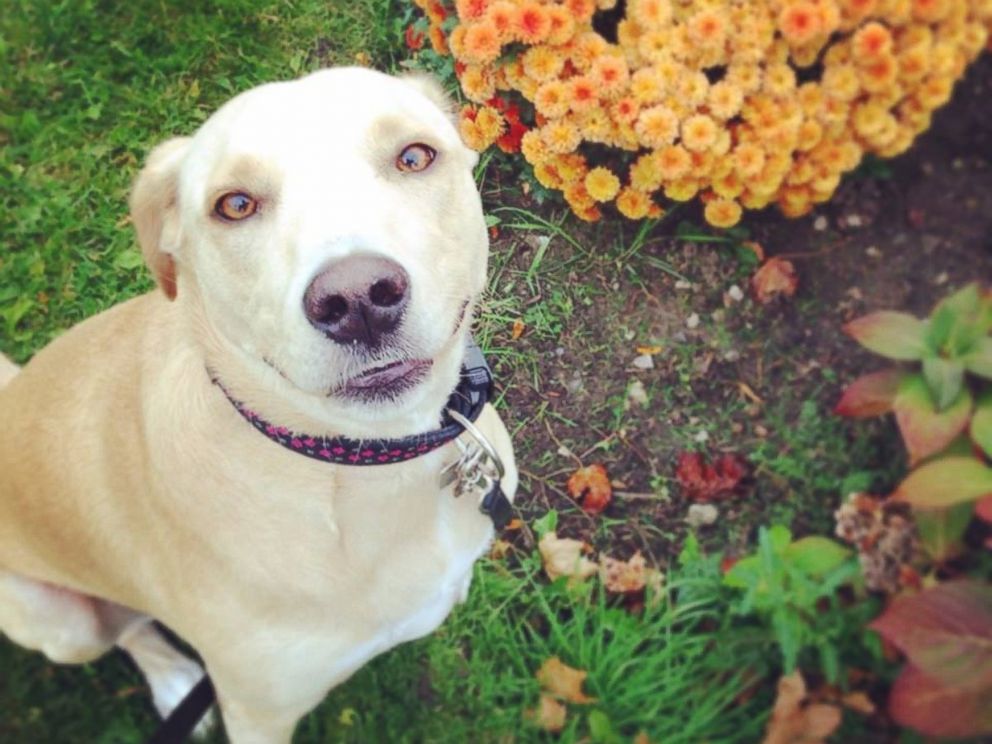 The Saddest Dog in the World needs a new nickname. The 1-year-old Labrador retriever mix, who earned the title after a Facebook photo of her looking down in a kennel went viral, has been placed in a temporary foster home and has received 2,240 applications for adoption, Canadian nonprofit Rescue Dogs Match said on Facebook.

Lana was rescued by Rescue Dogs Match in Ontario when she was a puppy. She had to compete with 13 other puppies for food and developed behavioral issues as a result, the rescue group said.

“Often, when there are so many pups in a litter, they learn to compete for their food. It’s the only way to survive when food is scarce,” Mighty Mutts, a dog training company that works with Rescue Dogs Match and will be working with Lana, said in a Facebook post.

Lana was adopted out to a family when she was 5 months old but returned almost a year later when she exhibited the behavioral issues, Rescue Dogs Match said.

“It was a very hard decision for them, they love her very much and they were responsible enough to contact the rescue where they knew she would get the home she now needs,” Rescue Dogs Match told ABC News.

The rescue group wants to place Lana with an experienced handler and in a home with no children. Dahlia Ayoub, owner of Mighty Mutts and volunteer dog program coordinator for Rescue Dogs Match, shared Lana’s story on Facebook, along with the heartbreaking photo.

“Lana is currently in boarding and she is not doing well,” the post said.

“When Lana was returned and placed in boarding she totally shut down. She would not even go for a walk for the first 24 hours,” Rescue Dogs Match said.

After sharing the post, Rescue Dogs Match found “a familiar face” to foster Lana and wrote on Facebook Monday that she “has finally come out of her shell and settled in with her new foster mom.”

Ayoub said Lana is happy in her new, temporary home.

“She loves to go on hikes, she’s great on leash, she loves to cuddle,” Ayoub told ABC News.

Ayoub said the rescue group is sifting through thousands of emails to find Lana’s forever home in Ontario. Once Lana is trained and assessed, and the perfect adopter is chosen, she will be on her way to her forever home.

When it comes to ransomware, you don't always get … END_OF_DOCUMENT_TOKEN_TO_BE_REPLACED

Peyton Carr is a financial advisor to founders, … END_OF_DOCUMENT_TOKEN_TO_BE_REPLACED