You are here: Home / Technology / Salesforce.com Inc. Announces Its Plans to Invest Another $360 Million in Its Cloud Empire 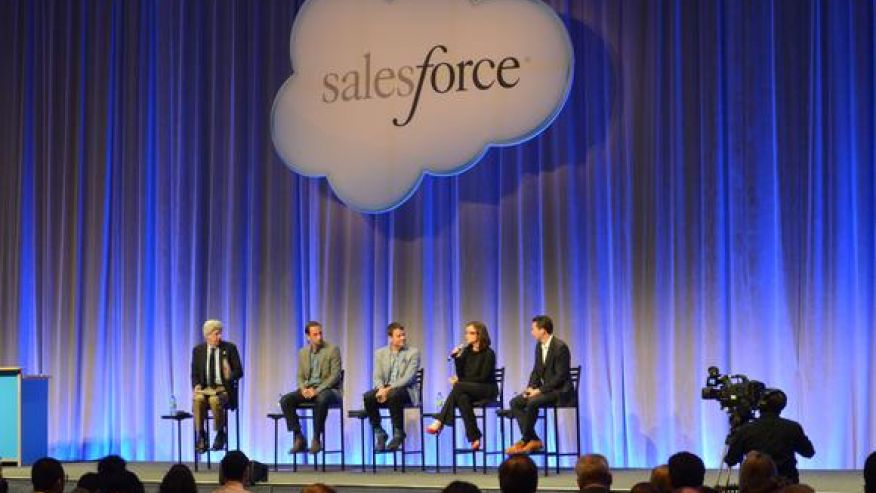 Moreover, SteelBrick Billing helps companies manage bills, payments, and revenue recognition, while SteelBrick Analytics generates dynamic insights for businesses. Both platforms are already built on Salesforce1 Mobile and Salesforce Wave, making them fairly natural extensions of Salesforce’s own CRM services. SteelBrick claims that its “out of the box” CPQ solutions can be deployed five to 10 times faster than traditional CPQ ones, which can take over a year to go live. Salesforce previously invested in SteelBrick during the company’s $18 million round of Series B funding earlier this year.

The acquisition is expected to close during Salesforce’s April quarter, but it’s unclear how much SteelBrick will contribute to the company’s top and bottom line growth. In a recent blog post, SteelBrick CEO Godard Abel said thatthe acquisition will accelerate the delivery of “fully integrated Quote-to-Cash applications right within Salesforce, helping thousands more customers grow revenue faster than ever before.”

In 2014, Salesforce acquired just one company — predictive analytics firm RelateIQ — for about $390 million. It acquired three companies in 2013, the largest of which was email marketing firm ExactTarget for an estimated $2.5 billion. Those acquisitions help Salesforce secure certain niches of the cloud-based CRM market which it couldn’t reach on its own.

For example, RelateIQ’s core product — an email client, calendar, and work dashboard which automatically finds the salesperson who has the best relationship with a client — was rebranded as SalesforceIQ. Salesforce also integrated ExactTarget’s “one-to-one” email software marketing software into its Marketing Cloud. As for SteelBrick, its ability to assign prices, handle billing, and analyze payments should strengthen the Sales Cloud, which grew its revenue at a slower year-over-year rate than Salesforce’s other business units last quarter.

Ecosystem expansion and market dominance
Salesforce controlled 16.3% oft the global CRM market in 2014, according to Gartner. SAP , its closest competitor, controlled 12.8% of the market, while Oracle and Microsoft controlled 10.1% and 5.8%, respectively. Salesforce’s position as the top CRM vendor in the world, coupled with its “jack of all trades” ecosystem growth, makes it the “go to” brand for many businesses seeking CRM solutions.

That dominance is reflected in its impressive sales growth. Between fiscal 2005 and 2015, Salesforce’s annual revenue soared from$176.4 million to $5.37 billion. Last quarter, its Sales Cloud, Service Cloud, Marketing Cloud, and App Cloud revenues all posted double-digit growth as total revenue surged 23.9% annually. Deferred revenue rose 28%, indicating that market demand remains strong. Looking ahead, analysts expect Salesforce’s revenue to rise 23.7% this year (fiscal 2016) and 21.5% in fiscal 2017. While that top-line growth is promising, Salesforce remains unprofitable on a GAAP basis because of stock-based compensation and other charges.

Still a tempting takeover target?
Last year, there was plenty of speculation that SAP, Oracle, or Microsoft could buy Salesforce for around $50 billion. Such a move would turn any of those three tech giants into the 800-pound gorilla in the global CRM market, which Gartner estimates will grow at a compound annual growth rate of 15.1% between 2012 and 2017.

Yet SAP and Microsoft both reportedly claimed that Salesforce’s valuation wastoo high, while Oracle flatly dismissed the rumors. Salesforce’s P/S ratio of 8.3 is meaningfully higher than the industry average of 3.5, but it also has faster top line growth than many of its rivals, market share dominance, and a widening defensive moat.

Salesforce’s stock has rallied nearly 30% over the past 12 months and pushed its market cap over $50 billion, suggesting that those three tech giants were wrong about Salesforce’s fair value. Meanwhile, the addition of new businesses like SteelBrick, RelateIQ, and ExactTarget could further enhance Salesforce’s growth potential and value as a takeover target.

The article Salesforce.com Inc. Invests Another $360 Million in Its Cloud Empire originally appeared on Fool.com.

Leo Sun has no position in any stocks mentioned. The Motley Fool owns shares of Oracle. The Motley Fool recommends Gartner and Salesforce.com. Try any of our Foolish newsletter services free for 30 days. We Fools may not all hold the same opinions, but we all believe that considering a diverse range of insights makes us better investors. The Motley Fool has a disclosure policy.

When it comes to ransomware, you don't always get … END_OF_DOCUMENT_TOKEN_TO_BE_REPLACED

Peyton Carr is a financial advisor to founders, … END_OF_DOCUMENT_TOKEN_TO_BE_REPLACED