You are here: Home / Business / Samantha Cameron, launches her own fashion line collection 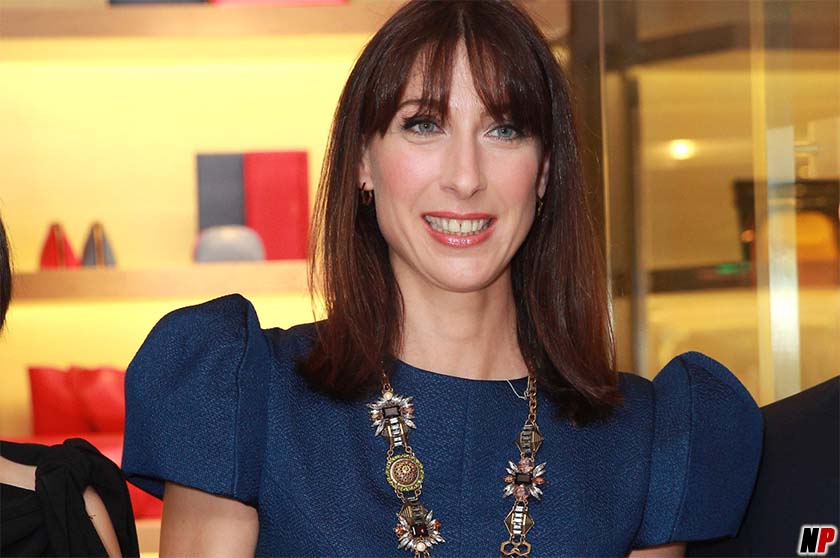 Samantha Cameron, the wife of the former British premier David Cameron, launched into fashion with the Cefinn brand which proposes modern and good quality materials and simple models, according to the weekly magazine Vogue, quoted by the EFE. The first 40 pieces of the collection will be put up for sale in the Selfridges stores, in the London’s downtown and also online on the fashion portal Net-a-porter beginning with December 5. In the period in which she lived at Downing Street (2010-2016), which is the official residence of the prime minister, the wife of David Cameron supported the British designers and she also represented the British Fashion Council. Asked if she created the collection having her own person in mind, Samantha said: ‘Well obviously you’re thinking about yourself, but at the same time it can’t be all about yourself because that would be pointless.

I’ve spent a lot of time trying stuff on my friends.’ The wife of the former British premier was always highlighted by the choice of her elegant and simple outfits, but feminine and modern in the same time. Regarding the price of this collection pieces, the mass-media ensures that they will be ‘affordable’. Alexandra Shulman, the director of the British magazine Vogue, said that this collection is created for the women who see these articles ‘as outfits to wear every day, but also in the professional environment’. ‘The Times’ notes that Samantha used the letters of his family to form the Cefinn logo, taking into account the fact that the first and the last letter are to be found in the Cameron name. The letters in the middle of it corresponds to her four children: Elwen, Florence, Ivan and Nancy. Ivan died on February 25, 2009, at the Saint Mary Hospital London, at the age of six.

When it comes to ransomware, you don't always get … END_OF_DOCUMENT_TOKEN_TO_BE_REPLACED

Peyton Carr is a financial advisor to founders, … END_OF_DOCUMENT_TOKEN_TO_BE_REPLACED