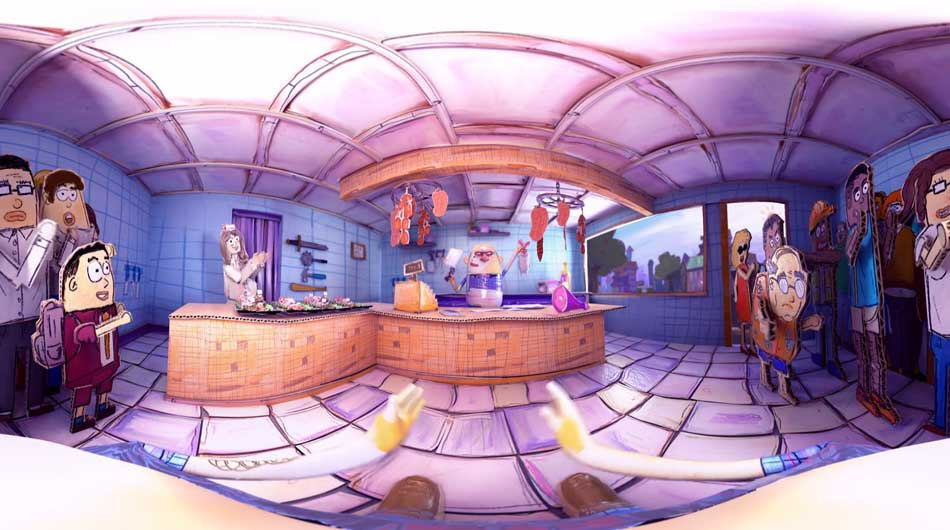 As we saw in the early days of the software and hardware industries, nothing stifles a new platform like major companies squeezing out the little guys early on. Samsung is apparently trying to do the opposite.

The company has just launched the Gear Indie channel for its Gear VR virtual reality device. The channel is dedicated to work from small studios.

A part of the Samsung Milk VR collection of VR content, the Gear Indie channel will feature a wide array of independent features produced by small production houses (as opposed to the big brands on Milk VR, such as the NBA and Mountain Dew).

The first batch of 10 indie VR videos will be released this week, with regular updates of new content from VR filmmakers distributed every week after.

The offering should foster the growing indie VR film movement. But what’s lacking is a way for the content producers to make money from the service — at least for now.

“But they do have the opportunity to participate in upcoming VR challenges which will be tied to rewards — either monetary or equipment-based, or both.”

Among the first batch of indie VR films are everything from animation, to comedy, to science and nature. “The Alien Desert,” (top photo) produced by DryftVR, takes viewers into a time-lapse journey through the Mojave desert, while “Experience Bali,” produced by Intrepid360, put viewers in the middle of the mountains and lush beaches of the famed Indonesian island.

The number of Gear VR users, while unknown, appears to be small at this point. Sure, the device sold out at launch last year, but that doesn’t mean it’s a hit yet.

Nevertheless, with a new crop of VR content populating Samsung’s Milk VR app, in addition to the voluminous amount of content at the Oculus store, if you’re even remotely interested in VR content, the virtual future is looking bright.

When it comes to ransomware, you don't always get … END_OF_DOCUMENT_TOKEN_TO_BE_REPLACED

Peyton Carr is a financial advisor to founders, … END_OF_DOCUMENT_TOKEN_TO_BE_REPLACED