You are here: Home / Business / A satellite of last generation was launched by NASA to improve the weather forecast 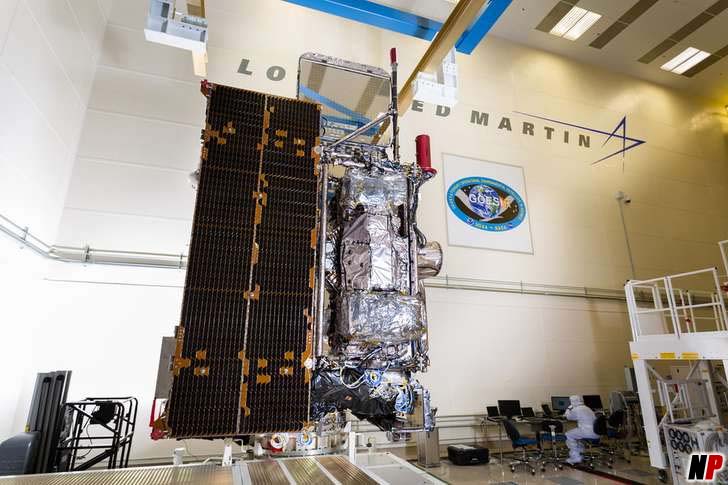 NASA launched on Saturday, the first in a series of four geostationary meteorological satellites of the latest generation, with the capability of observing, in almost real-time, of the lightning storms over the American continent and which allows a considerable improvement of the weather forecast, informs the AFP. The satellite, called GOES-R, will provide images with the evolution of the weather and of the most dangerous storms, with a frequency ranging from five minutes to three seconds. This capability will contribute to the making of more accurate weather forecasts, according to the scientists. The launch of the GOES-R took place at 23:42 GMT, in Cap Canaveral in Florida, USA, on the board of an Atlas V rocket belonging to the company United Launch Alliance and was transmitted live by NASA.

NASA and the National Oceanic and Atmospheric Administration, which will cooperate in this program, will invest approximately 11 billion dollars in replacing the current satellite fleet, which have not known a major modernization in the last 40 years. The satellite GOES-R, built by the American group Lockheed Martin, together with the following satellites, are ‘exclusively made for the weather in the United States, in Latin America and in the Caribbean’, explained Sandra Cauffman, deputy director of the division of the Earth Sciences at NASA, in a press conference. Due to an advanced imaging technique, the satellite will be able to provide data about the lightnings, five times faster than at present, with a resolution of about ten kilometers. In addition to the monitoring of the meteorological conditions, this new satellite is equipped with an instrument able to observe the solar rashes and to provide data about the strong radiation which they produce and which could negatively affect the astronauts from the terrestrial orbit, the communication satellites and the air transportation.

When it comes to ransomware, you don't always get … END_OF_DOCUMENT_TOKEN_TO_BE_REPLACED

Peyton Carr is a financial advisor to founders, … END_OF_DOCUMENT_TOKEN_TO_BE_REPLACED