You are here: Home / Lifestyle / Seals Use iPad to Stay in Touch After Being Separated 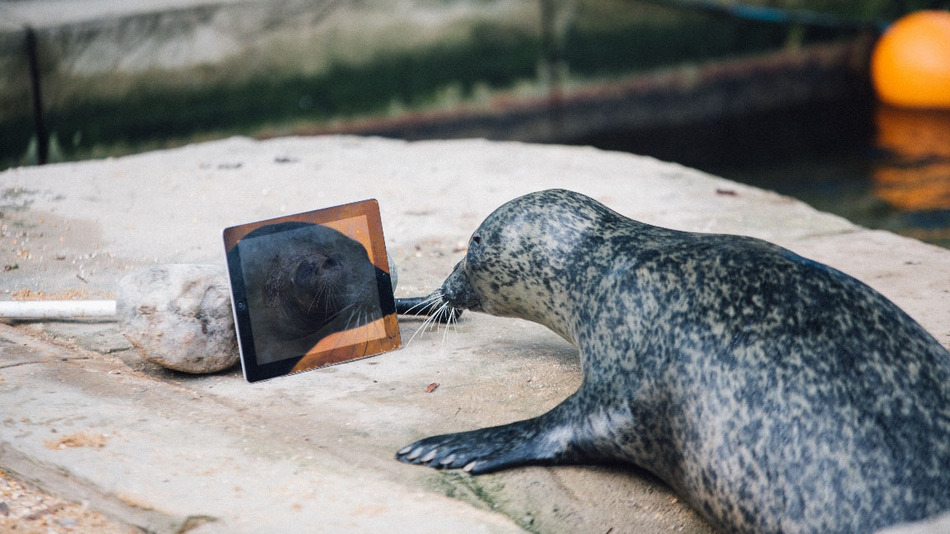 If there’s anything more adorable in this world than two long-distance seal friends who like to video chat each other to keep in touch, then we’ve yet to find it. Sija and Babyface were a couple when they lived together in the UK’s Cornish Seal Sanctuary before the summer, but after Sija was discovered to have conceived two seal pups despite being on a seal contraceptive pill, it was decided the two would have to be separated.

Sija was then taken to Weymouth SEA LIFE Adventure Park — 160 miles away from the Cornish Seal Sanctuary — to live in an all-female enclosure. That’s when “SealTime” was born.

“Sija has settled in really well with the other girls here, but we thought it would be nice for her and Babyface to keep in touch so we’ve arranged a video link,” said the Displays Curator at Weymouth SEA LIFE, Fiona Smith.

“At first the seals were both unsure about approaching the iPad, but once they saw each other they nosed up to it which was really nice to see. It’s definitely the most high tech enclosure we have at Weymouth SEA LIFE so we’re really pleased that SealTime is a success!”

When it comes to ransomware, you don't always get … END_OF_DOCUMENT_TOKEN_TO_BE_REPLACED

Peyton Carr is a financial advisor to founders, … END_OF_DOCUMENT_TOKEN_TO_BE_REPLACED