You are here: Home / Business / Selena Gomez is the most followed celebrity on Instagram 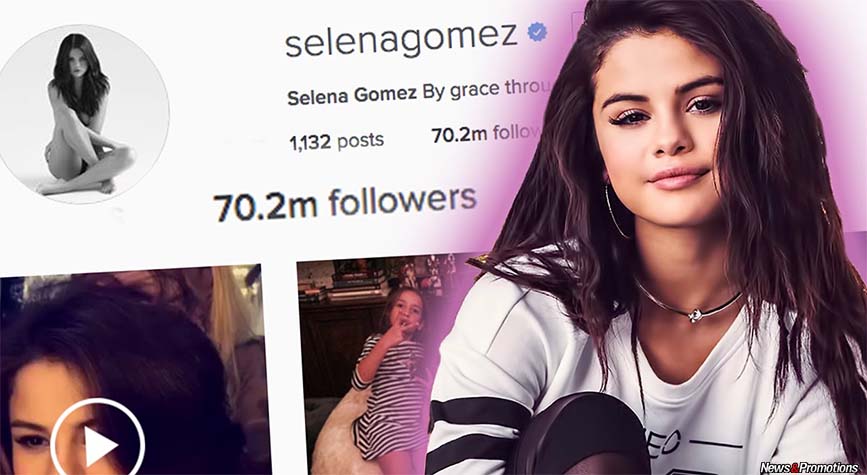 Selena Gomez is the most followed celebrity on Instagram and Taylor Swift is on the second place, the two pop singers dominating the social media networks in 2016, informs Reuters. The annually top of Instagram reveals that Selena Gomez is the most followed star in 2016, with 103 million fans, while Swift is on the second place with 93,9 million of followers. Ariana Grande and Beyonce are on the third and fourth positions of the top with 89,6 million, respectively, 88.9 million followers, while the reality show star Kim Kardashian is situated on the fifth place with 88,2 million. All five American stars have had the most followed accounts on Instagram last year too, but in 2016 the order changed, Kardashian leaving the second place. Selena Gomez, 24 years old, also has the biggest number of ‘likes’ at the posted videos and photos and she is the most mentioned artist on the social media networks.

She took a break of 14 weeks from posting on Instagram in order to take care of the symptoms she has because of Lupus, the disease she suffers from. Then, Selena shared an image with her fans that received 56.000 likes in two minutes. According to Instagram, ‘hip hop’ is the most used hashtag related to the American music this year on Instagram, the top moments, including homages brought to David Bowie after his death in January and the fans’ messages after the sudden death of Prince in April. The Instagram Platform owned by Facebook Inc., focuses on the users who share videos and photos and has exceeded 500 million users worldwide in 2016.

Instagram statistics from the 2016 final include a variety of categories such as the most used emoticon in the posts, which is the symbol of the heart, and the most mentioned day on the network, Halloween.

When it comes to ransomware, you don't always get … END_OF_DOCUMENT_TOKEN_TO_BE_REPLACED

Peyton Carr is a financial advisor to founders, … END_OF_DOCUMENT_TOKEN_TO_BE_REPLACED