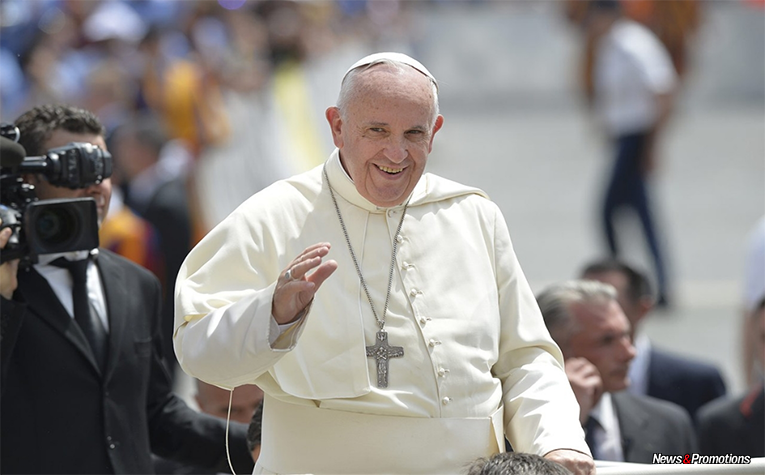 Today is the Pope Francisc’ birthday and those who want to say ‘Happy Birthday!’ to him, will be able to send an email, even to formulate the message in the Latin language, informs the Vatican quoted by the AFP. Seven e-mail accounts were created with this occasion in eight languages (Latin, Italian, Portuguese, French, English, Spanish, German and Polish). The e-mail in English is PopeFrancis80@vatican.va. There is also a hashtag for the social networks, for the messages written on the occasion of the Pontiff’s birthday: #Pontifex80. The Pope will officiate today at the local time 08 (07.00 GMT), a special religious service in the Paulina Chapel, located next to the Sistine Chapel, alongside the cardinals who live in Rome, but he wants to spend normal day, indicated the Vatican. On the Pope’s agenda figures a meeting with the president of Malta, with a bishop from Switzerland and with representatives of the Nomadelfia, a community of laymen that try to live like the first Christians.

In the previous years, the pontiff born in Argentina was celebrated with tango flash-mobs and public serenades in front of the Vatican. Also in the past, the Pope Francis shared the cake for his birthday with the people without shelter or with the members of an organization of youth Catholics. ‘Thank you very much for your greetings for my upcoming birthday,’ the Argentine Pope said at his weekly audience, the last public appearance before his birthday. ‘But I’ll tell you something that will make you laugh.

In my country, expressing greetings ahead time of time brings bad luck and those who do it has jinxers,’ he said. The Vatican, which is a sovereign city-state surrounded by the capital of Italy, Rome, produced a postage stamp to honor the birthday of the Pope and he also received a birthday cake.

When it comes to ransomware, you don't always get … END_OF_DOCUMENT_TOKEN_TO_BE_REPLACED

Peyton Carr is a financial advisor to founders, … END_OF_DOCUMENT_TOKEN_TO_BE_REPLACED