You are here: Home / Entertainment / Sky Television will not broadcast the episode in which Michael Jackson was subject of a parody 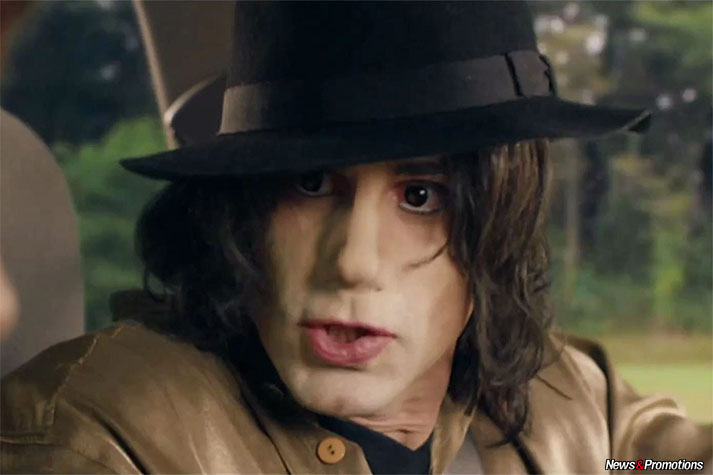 The British Television Sky announced that it would not broadcast a pilot episode of a comedy series because of the criticisms received by them for parodying Michael Jackson, informs the DPA. After the broadcasting of the trailer of the pilot episode in which the British actor Joseph Fiennes plays the role of Michael Jackson, the daughter of the late musician has expressed on Twitter her disgust at the ‘shameful portrayal’ of his father. ‘I’m so incredibly offended by it, as i’m sure plenty of people are as well, and it honestly makes me want to vomit’, wrote on the social network Paris Jackson, 18 years old.

Fiennes, 46 years old, declared before the beginning of the production season that he was ‘shocked’ that he has taken the role, being a white man from London, from the middle class. Paris has returned on Twitter by publishing a video with her father in which he says, during an interview: ‘I know my race, I just look in the mirror. I know I’m Black.’ -Michael Jackson, 2002. She also wrote: ‘It angers me to see how obviously intentional it was for them to be this insulting, not just towards my father, but my godmother, Liz, as well. Where is the respect? They worked through blood, sweat and tears for ages to create such profound and remarkable legacies. Shameful portrayal.’ Sky Arts has shown in a statement that it had made the decision not to broadcast the episode, taking into account the worries expressed by the close relatives of Michael Jackson, is also shown the quoted source.

The pilot episode was based on a presumed travel with the car of Jackson which he would have done from New York to Los Angeles with Elizabeth Taylor and Marlon Brando after the terrorist attacks of September 11, 2001.

When it comes to ransomware, you don't always get … END_OF_DOCUMENT_TOKEN_TO_BE_REPLACED

Peyton Carr is a financial advisor to founders, … END_OF_DOCUMENT_TOKEN_TO_BE_REPLACED