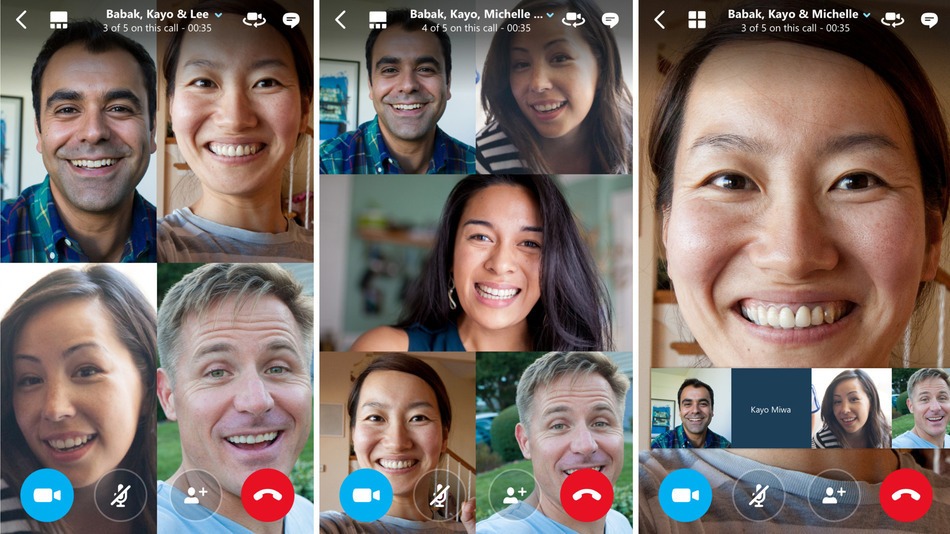 The company rolled out a long-awaited update that adds the feature to Skype’s iOS and Android apps. Group video calls are available in North America and Western Europe now and will launch worldwide in March.

The update allows groups of up to 25 people to chat on video calls via the Skype app. The feature was previously available to some users in preview, but only enabled groups of five or fewer. In order to accommodate the larger groups, which could easily get unwieldy on the smaller screen of a handset, Skype came up with a couple different ways for viewing participants on group calls.

There’s a grid view (shown on the right, in the photo below) that allows you to view all of the current participants as well as a “focus view” (left), which will adapt so that the current speaker is always in focus. Additionally, you can choose to pin a specific speaker so they are always in view.

In addition to being a long-awaited feature, the update is significant in that it gives Skype an edge over video calling offerings from competitors. Apple’s FaceTime, for one, still only supports one-to-one video calls, as does Facebook Messenger. Google Hangouts already supports free group video calls, though they are limited to 10 participants.

When it comes to ransomware, you don't always get … END_OF_DOCUMENT_TOKEN_TO_BE_REPLACED

Peyton Carr is a financial advisor to founders, … END_OF_DOCUMENT_TOKEN_TO_BE_REPLACED