You are here: Home / Technology / Smart Insole Counts Your Steps and Keeps Your Toes Warm 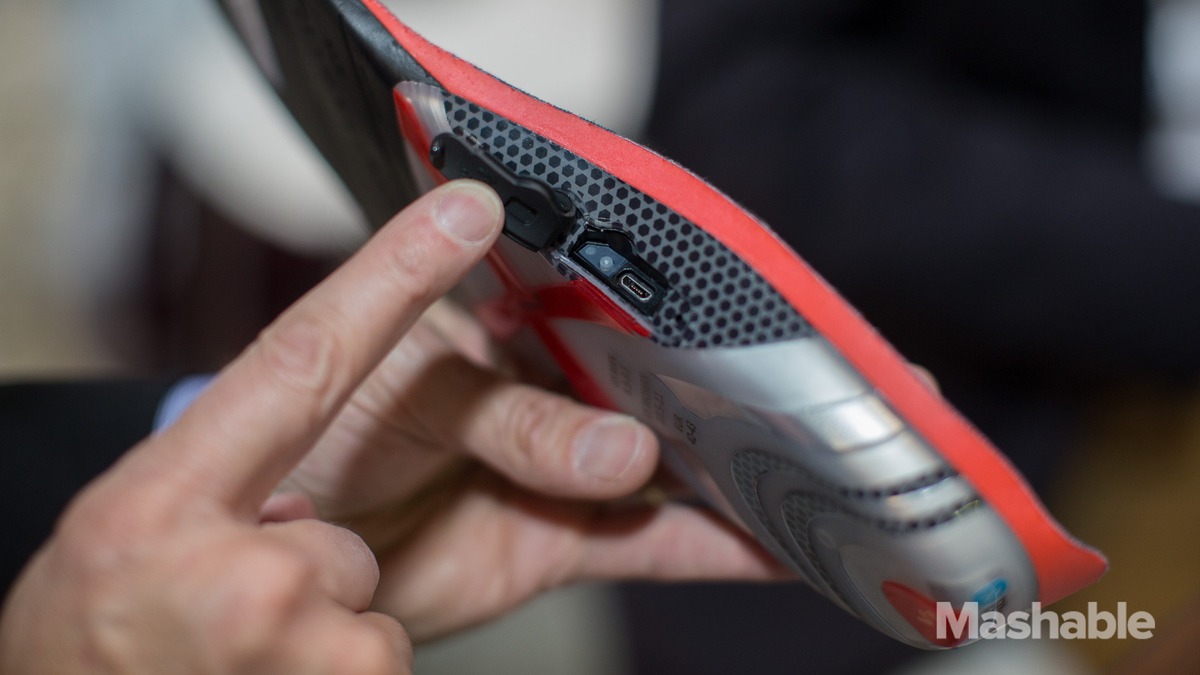 Everyone is fixated on how far you walk or run and how many steps you’ve climbed, but who is worried about your feet and if they feel safe or, at least, warm? Digitsole is, apparently. The company unveiled its latest Digitsole at IFA. It not only tracks activity, but actually heats up.

The Digitsole Warm Series insoles, which come in men’s’ and women’s sizes, look a little like Dr Scholls on steroids. They’re have a pretty thick heel and then taper dramatically from the arch forward to a flat, slightly cushioned area for the toes.

That back area includes an impact cushion for the heel, as well as a lot of the core technology inside the sole. It has the motion sensors that track steps, distance and calories and that the company claims are more accurate than those in, say, a wrist-based activity tracking device. The arch also includes a micro USB charging port and connects to heating elements that run through the front half of the insolel. Digitsole is also, company representatives told us, waterproof.

“We thought we were making this for skiers, hunters, motorcycle riders, but the biggest demand has been from professionals,” said Digitsole CEO Karim Oumnia. He told us people who have to work outside, like construction workers and policemen, have been some of their biggeest customers.

Digitsole Warm Series connects via Bluetooth to a dedicated iOS or Android app where the wearer can track their activity stats and adjust the sole’s thermostat. According to the company, it can heat up to 30 degrees Celsius in -25 degree Celsius environment for at least six hours. Oumnia heated up one of the insoles and I could feel the heat pulsing from it. The pre-production unit wasn’t super warm, but might offer some comfort on a cold winter’s day.

The Digitsole Warm Series insole goes on sale in October for $199. Not cheap, but what are a pair of warm feet worth to you?

When it comes to ransomware, you don't always get … END_OF_DOCUMENT_TOKEN_TO_BE_REPLACED

Peyton Carr is a financial advisor to founders, … END_OF_DOCUMENT_TOKEN_TO_BE_REPLACED