You are here: Home / Entertainment / Sony Music apologizes after a Japanese band appeared at a concert with uniforms in the Nazi style 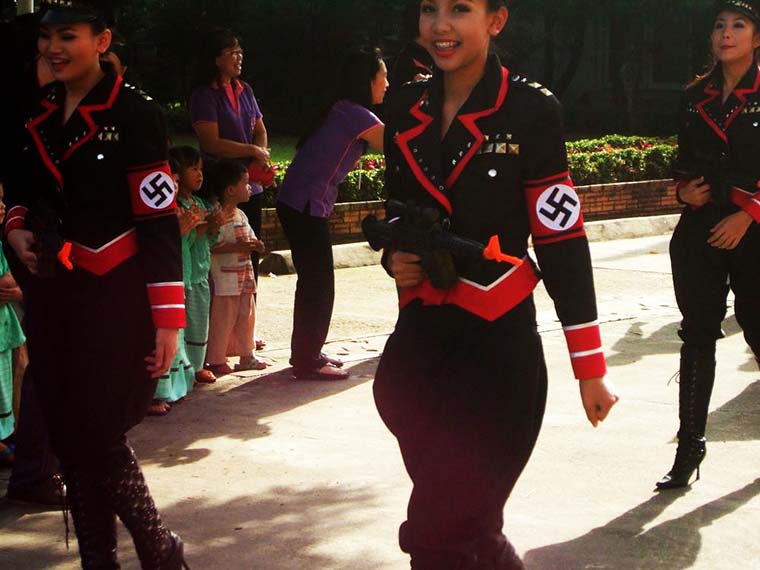 Sony Music presented its apologies on Tuesday after the girl band from Japan, Keyakizaka46, shocked by wearing costumes that look like the uniforms of the Nazis, at a concert of Halloween, reports the DPA. ‘We sincerely apologize for any offense caused by this lack of knowledge regarding the meaning of the gesture’, said the Sony Music Entertainment (Japan) Inc, the Japanese division of Sony Music, which is the producing house of the popular band. In a press release made public online, the company promised that such a situation will not be repeated. Yasushi Akimoto, the producer of Keyakizaka46, also presented apologize in a separate press release. ‘I do not believe that the members of our staff wanted to create something that evokes the Nazis, but I think that I didn’t succeed in properly exercising my control as a producer’, he said.

The group performed in an arena in Yokohama, and in the images posted on the Internet can be seen that the members of the band wear black military-type cloaks and caps with a symbol that looks like the Nazi emblem with an eagle above a swastika. With couple a days ago, the Simon Wiesenthal Center issued a press release expressing ‘the disgust concerning the use of the uniforms on Nazi themes’ by the Japanese band. The center asked Sony Music and Akimoto to publicly apologize for the costumes. ‘Seeing teenage girls dancing on stage, in public, in uniforms in the Nazi style caused a great distress to the victims of the Nazi genocide’, said the Rabbi Abraham Cooper, associated dean of the center. An announce in which the regret about this incident is expressed, can be seen on the band’s official website. The band released the first single in April 2016, ‘Silent majority’. The band has numerous appearances in radio and television shows.

When it comes to ransomware, you don't always get … END_OF_DOCUMENT_TOKEN_TO_BE_REPLACED

Peyton Carr is a financial advisor to founders, … END_OF_DOCUMENT_TOKEN_TO_BE_REPLACED