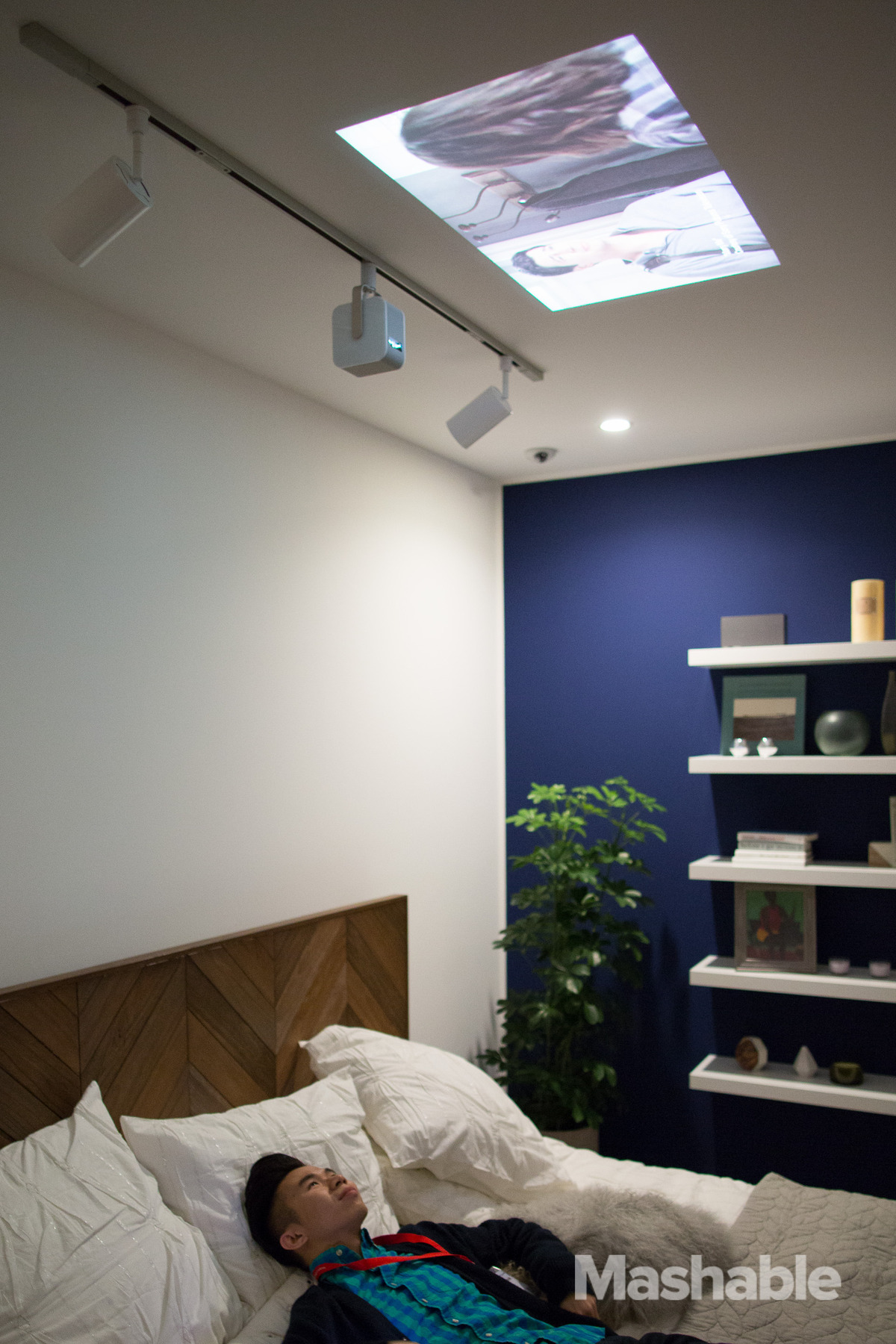 What does the smart home look like? Right now, it’s mostly smartphone-controlled light bulbs, speakers, cameras and other appliances. It’s exciting stuff, but undeniably uninspiring. Sony’s Life Space UX, the company’s model smart home of the future, if you will, is closer to what a smart home should look like: a harmonious blending of technology and furniture that’s aesthetically pleasing with a zen calmness.

Sony’s Life Space UX is a concept the company’s been pushing for some time now. The company has set it up at CES and IFA for the last few years, and I’ve always walked away lusting for the products.

In a Life Space UX home, technology integrates into your surroundings. For instance, the company’s 4K Ultra Short Throw Projector is built into a sleek and modern media center. It’s a really hot piece of industrial design that comes with a whopping $50,000 price tag.

The company’s got two new additions to the Life Space UX concept home, which will be available in Spring 2016: a portable short throw projector that you can tote around from room to room, mount to a ceiling or bring with you outside (like camping in a tent).

In my demo, the portable projector was transported around the concept home and only had to be placed a few inches from the wall to create a projection of 20 to 50 inches (diagonal).

You can use the Sony portable short throw projector to display interactive art at home. #IFA2015 pic.twitter.com/OU7xmlvV4U

Or mount it to a ceiling for an in-bed movie experience (perfect for rainy days).

Normally, projectors are hampered by brightness issues, but not this little guy. While Sony didn’t provide technical specs on any of its new Life Space UX gadgets, the portable short throw projector appeared to be pretty bright even with lots of ambient lighting.

The other new Life Space UX addition is the Symphonix Light Speaker, a table light with a glass tube that doubles as an amplifier for the built-in speaker to project sound in 360-degrees.

How’s this for taking a home-cooked dinner date to the next level?

Lastly, Sony showed off a new prototype short throw projector. This one had a wooden finish to fit better in the home. The main difference is that these projections are interactive. For instance, you can project a screen onto a table and then flick photos and documents around. You can also flick media from a smartphone directly to the projection.

How cool is this? Flicking content in from your phone to the projection on the table? #IFA2015 pic.twitter.com/4WUw4waL47

OK, Sony, you got me hooked. I’m a design snob and these gadgets are drool-worthy. Take my money!

When it comes to ransomware, you don't always get … END_OF_DOCUMENT_TOKEN_TO_BE_REPLACED

Peyton Carr is a financial advisor to founders, … END_OF_DOCUMENT_TOKEN_TO_BE_REPLACED