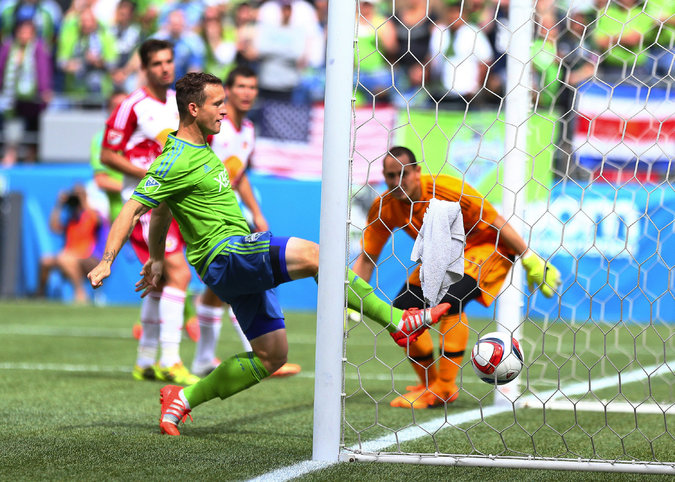 SEATTLE — Chad Barrett scored 30 seconds into second-half stoppage time to give the Seattle Sounders a 2-1 comeback victory over the Red Bulls on Sunday.

Lloyd Sam scored in the 36th minute – his fourth goal of the season – to give the Red Bulls (4-3-5) the lead, but the Sounders’ Marco Pappa maneuvered around defender Chris Duvall to tie the score in the 69th minute with a 12-yard shot from the left side, his second goal in two games.

Defender Tyrone Mears helped set up the decisive goal for Seattle (8-3-2) when, playing near the goal line, he floated a ball across the penalty area. Clint Dempsey got a foot on it and sent it toward the far post, where an unmarked Barrett was waiting. He tipped the ball in off his right toe, his third goal this season.

When it comes to ransomware, you don't always get … END_OF_DOCUMENT_TOKEN_TO_BE_REPLACED

Peyton Carr is a financial advisor to founders, … END_OF_DOCUMENT_TOKEN_TO_BE_REPLACED