You are here: Home / Business / The South Korean film ‘The Handmaiden’ – 6 nominations at the Asian Film Awards 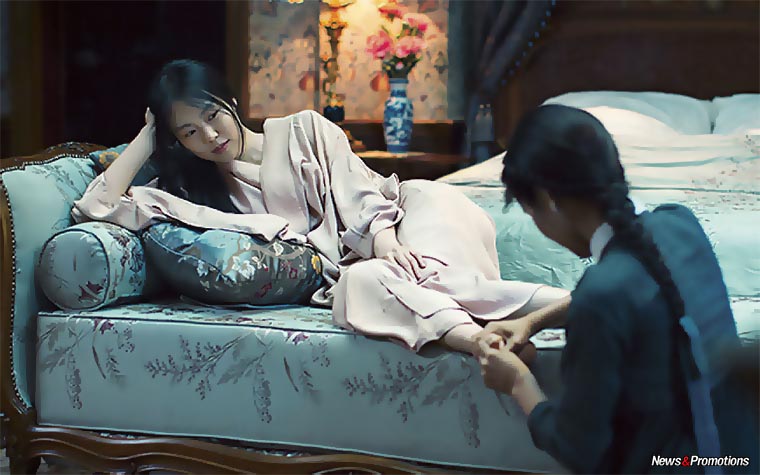 The South Korean film ‘The Handmaiden’ has six nominations in the top of the productions entered in the race for the Asian Film Awards, followed by ‘Train to Busan’ (China) and ‘I am not Madame Bovary’ (China) each with five nominations, informs the Hollywood Reporter. The Asian Film Awards will be back in Hong Kong after three years when it took place in Macao, to mark the 20 years of the restitution of the former British colony to China. The event will take place at the Cultural Center in Hong Kong on March 21. ‘The Handmaiden’, directed by Park Chan-Wook, has been nominated for the Best Actress in a secondary role, Best Screenplay, Best Debut, Best Costumes, Best Scenario. The Chinese director Feng Xiaogang, received for the social satire ‘I am not Madame Bovary’ nominations at the categories Best Picture and Best Director.

Also, the film entered the race to the categories Best Actress (Fan Bingbing), Best Actor in a secondary role (Dong Chengpeng/Da Peng) and the Best Picture. For the Best Film category, the battle will be between ‘The Wailing’ and ‘The Age of Shadows’, both from South Korea, ‘Godspeed’ (Taiwan), ‘Harmonium’ (Japan) and ‘I am not Madame Bovary’ (China). Beside Gong Yoo, for the Best Actor in a leading role category are nominated the veteran actor of Hong Kong Michael Hui (‘Godspeed’), Asano Tadanobu (‘Harmonium’), Fan Wei (‘Mr. No Problem’ – China) and the Taiwanese actor Richie Jen (‘Trivisa’ – Hong Kong).

Fan Bingbing is nominated for the Best Actress category as well as Son Ye-jin (‘The Last Princess’ – South Korea), Haru Kuroki (‘A Bride for Rip Van Winkle’ – Japan), Kara Wai (‘Happiness’ – Hong Kong) and Charo Santos-Concio (‘The Woman Who Left’ – Philippines). In total, there are 34 movies from 12 countries nominated in the 15 categories, 21 productions being from China.

When it comes to ransomware, you don't always get … END_OF_DOCUMENT_TOKEN_TO_BE_REPLACED

Peyton Carr is a financial advisor to founders, … END_OF_DOCUMENT_TOKEN_TO_BE_REPLACED