You are here: Home / Business / A spider discovered in India, named after the Harry Potter sorting hat 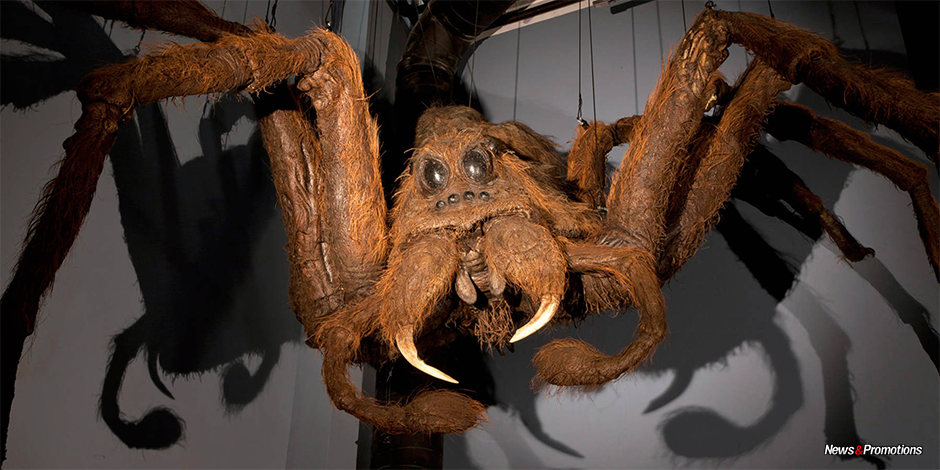 A species of spider discovered by the Indian scientists received a name that homages the Harry Potter series, due to its similarity with the so-called sorting hat, reports the AFP. The fans of the series about the adventures of the young wizard have discovered the spider of 7 millimeters in October last year during the researchers in the Ghats West Mountains, India. ‘We named a spider, after the sorting hat, from the films! 🙂 Meet Eriovixia gryffindori’, wrote Javed Ahmed, the study’s first author, on Twitter. After the discovery has been confirmed in June, Ahmed and his colleagues have decided to name this nocturnal spider with a pointed shape eriovixia gryffindori. In the universe of Harry Potter, Godric Gryffindor is the founder of the house with the same name and the owner of the Sorting Hat.

It is the house in which the child Harry Potter will be sent by the hat, when he comes to Hogwarts. ‘I’m truly honoured! Congratulations on discovering another #FantasticBeast!’ wrote J.K. Rowling, the author of the Harry Potter series and also of the scenario for the movie ‘Fantastic Beasts and Where to Find Them’, on Twitter. ‘This uniquely shaped spider derives its name from the fabulous, sentient magical artifact, the sorting hat, owned by the (fictitious) medieval wizard Godric Gryffindor, one of the four founders of Hogwarts School of Witchcraft and Wizardry, and stemming from the powerful imagination of Ms. J. K. Rowling, wordsmith extraordinaire, as presented in her beloved series of books, featuring everyone’s favorite boy-wizard, Harry Potter,’ it is written in the study.

This is not the first species whose name is inspired by the popular culture. In 2009, a spider discovered in Malaysia received a name that homages David Bowie. A fly with a golden back side was named Scaptia beyonceae, as an homage to the famous singer.

When it comes to ransomware, you don't always get … END_OF_DOCUMENT_TOKEN_TO_BE_REPLACED

Peyton Carr is a financial advisor to founders, … END_OF_DOCUMENT_TOKEN_TO_BE_REPLACED