You are here: Home / Business / A statue stolen in Rome in 1983 is returned by the USA to Italy 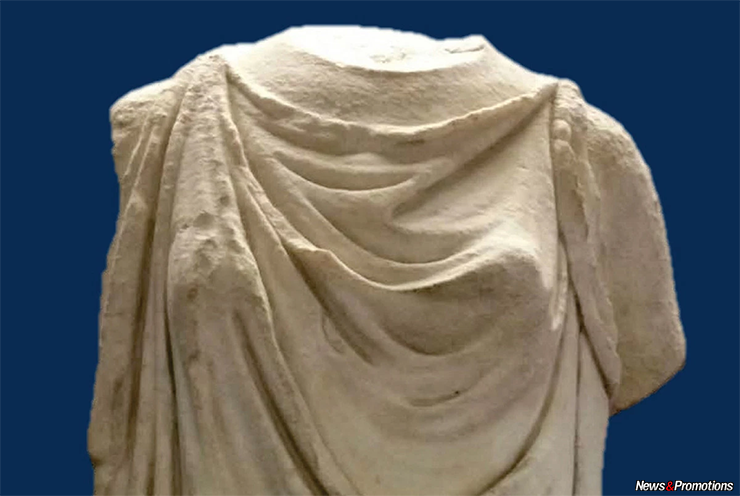 The United States of America have started on Wednesday the repatriation in Italy of a statue stolen in Rome, in 1983, and illegally sold in New York, in 2001, according to the federal prosecutors of the Southern district of NY, the EFE reports. In a press release, the New York prosecution explained that the Roman marble peplophoros statue ‘Torlonia Peplophoros’, stolen from the Villa Torlonia, the house of Benito Mussolini between 1925 and 1943, was sent back to Italy after its last owner voluntary returned it to the FBI, in 2015, when he found out that it was stolen. ‘On a November night in 1983, the Torlonia Peplophoros, a marble statute listed on Italy’s national archive, was stolen from its home in a Roman villa.

When it emerged in New York City more than 30 years later, having been unlawfully smuggled into the United States, our Office, working with the FBI, forfeited the statue as stolen property. Today, we have the pleasure returning the Torlonia Peplophoros home where it belongs, with the Italian people’, said deputy U.S. Attorney Joon Kim. The buyer who purchased the statue for 75,000 dollars, realized the situation when he tried to sell it through an auction house that revealed to him the true origins of the statue. According to the press release, in 1797, a famous Vatican banker, called Giovanni Torlonia, bought in Rome the house which now is known as the Villa Torlonia.

The statue, which represents a woman in a tunic from the ancient Greece, was stolen from the villa on the night of November 11, 1983 together with other 15 statues and objects. Torlonia family was the owner of the residence until 1977, when the municipality of Rome bought it, restored it, and one year later opened it to the public, exposing numerous art works of cultural importance.

When it comes to ransomware, you don't always get … END_OF_DOCUMENT_TOKEN_TO_BE_REPLACED

Peyton Carr is a financial advisor to founders, … END_OF_DOCUMENT_TOKEN_TO_BE_REPLACED