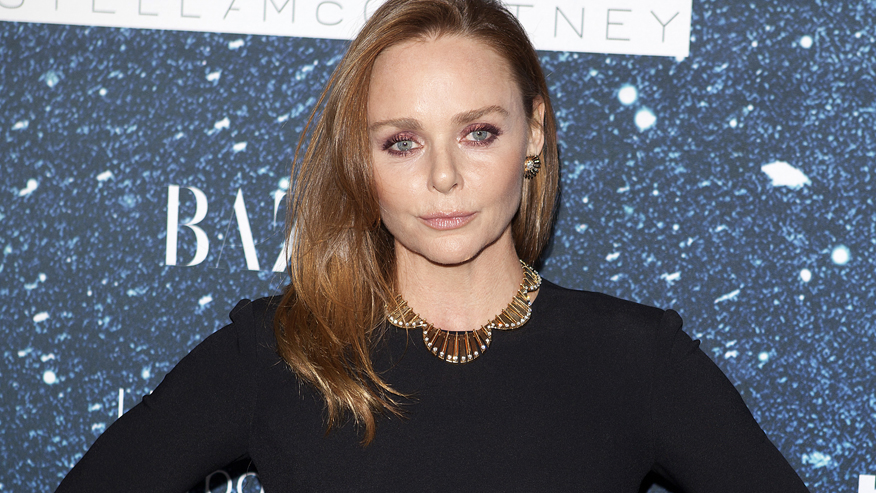 Is Stella McCartney turning back the years with a new fresh-faced look? The fashion designer, 44, who is Sir Paul McCartney’s second child, was hosting a Christmas party at her shop in London’s Mayfair.

Her pal Suzy Menkes, who is the International Editor for fashion magazine Vogue, posted a snap online on her public Instagram feed with the comment: “Stella McCartney is ready to roll out her holiday windows at her London store.”

Cruel observers were quick to pick up on Stella’s new look, questioning if she has had any plastic surgery.

Silvia_penny said: “She went to the wrong doctor!”

isabelcostaofficialI was the most harsh, writing: “I’m shocked! She looks like Chucky’s sister! What happened to growing old gracefully ? Never expected this from Stella.”

However, others leapt in to defend Stella.

Stella’s Christmas party was a star studded affair with guests including Ronnie Wood, 68, and Dasha Zhukova, wife of Roman Abramovich.

However, the star turns were comedy duo Jennifer Saunders, 57, and Joanna Lumley, 69, who turned the lights on for her festive in-store display.

This article originally appeared in The Sun.

When it comes to ransomware, you don't always get … END_OF_DOCUMENT_TOKEN_TO_BE_REPLACED

Peyton Carr is a financial advisor to founders, … END_OF_DOCUMENT_TOKEN_TO_BE_REPLACED