You are here: Home / Business / Stephen Hawking opens up about Brexit and Donald Trump 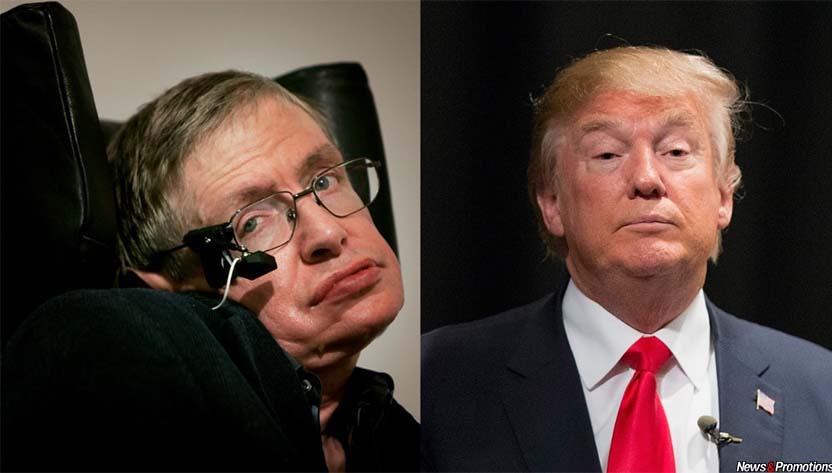 The cosmologist, author, professor and physicist Stephen Hawking stated that it would be a ‘terrible mistake’ to ignore the populism from the back of the votes for Donald Trump at the White House and in favor of the Brexit.

The 74 years old scientist also stated that ‘we are at the most dangerous moment in the development of humanity. We now have the technology to destroy the planet on which we live, but have not yet developed the ability to escape it.’ Hawking, one of the pioneers in cosmology, made such statements in a 1,100 words editorial published in The Guardian. He begins this statement in a personal note, saying that because of ‘the isolation imposed by my illness, I feel as though my ivory tower is getting taller’. He also writes: ‘Whatever we might think about the decision by the British electorate to reject membership of the European Union and by the American public to embrace Donald Trump as their next president, there is no doubt in the minds of commentators that this was a cry of anger by people who felt they had been abandoned by their leaders.

The scientists considers that reject these votes as outpourings of crude populism that fail to take account of the facts, and attempt to circumvent or circumscribe the choices that they represent? I would argue that this would be a terrible mistake. Hawking thinks that now, more than at any time in our history, our species needs to work together. We face awesome environmental challenges: climate change, food production, overpopulation, the decimation of other species, epidemic disease, acidifying of the oceans. Perhaps in a few hundred years, we will have established human colonies amid the stars, but right now we only have one planet, and we need to work together to protect it.

When it comes to ransomware, you don't always get … END_OF_DOCUMENT_TOKEN_TO_BE_REPLACED

Peyton Carr is a financial advisor to founders, … END_OF_DOCUMENT_TOKEN_TO_BE_REPLACED