You are here: Home / Education / Stonehenge could have a road tunnel built underneath it for tourists 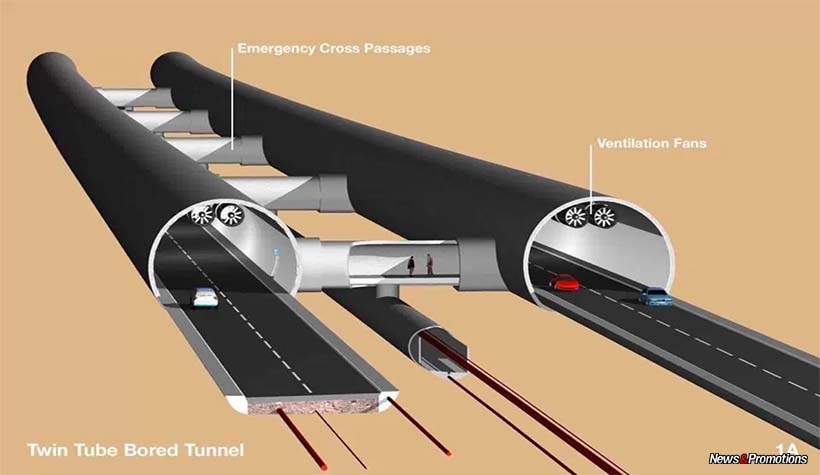 The plans for a road tunnel what might be done beneath the famous prehistoric monument Stonehenge, one of the most important symbols in the UK, were disclosed, informs the Xinhua. The United Kingdom authorities announced that the Stonehenge tunnel would cost 2 billion pounds, and it was conceived to solve the problem of the traffic around the site which measures 25 square kilometers.The English Heritage, the official cultural organism which manages the site, agrees with the announcement of the British government calling it it an ‘extraordinary decision’. The Agency expressed the concern about the tens of thousands of vehicles circulating on a daily basis in the vicinity of Stonehenge. According to its representatives, the constant noise coming from the traffic compromise the joy of seeing the monument.

The initiative of making the tunnel was appreciated by UNESCO and by the International Council of Monuments and Sites, according to a report issued by them. The idea of the construction was proposed for the first time more than two years ago, when the government forwarded the initiative to arrange a tunnel of at least 2,9 kilometers to release the large part of the traffic from the Stonehenge area. It is likely that the project to generate the opposition on the part of some activists who insist that only a tunnel over 4 kilometers could adequately protect the monument. Other critics have already expressed fears that the lights coming from the entries in the tunnel might be harmful to the original purpose of the Stonehenge, to celebrate the winter solstice.

The carriers, the residents, users of the road and drivers will have a word to say regarding this proposal, in several events organized in the area. According to the researchers, the ruins of the megalithic statues from Stonehenge date approximately from 2050 B.C.

When it comes to ransomware, you don't always get … END_OF_DOCUMENT_TOKEN_TO_BE_REPLACED

Peyton Carr is a financial advisor to founders, … END_OF_DOCUMENT_TOKEN_TO_BE_REPLACED