You are here: Home / Featured / The sudden disappearance of a very far star may confirm the theories about the creation of the black hole 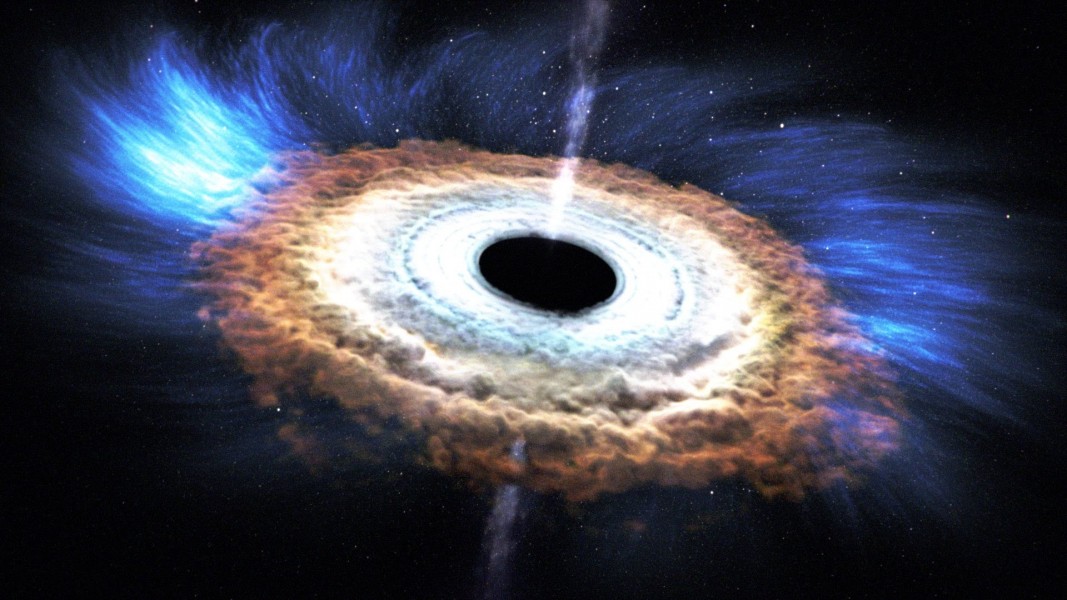 The astrophysicists have no certitude about the way in which the black holes take form. The sudden disappearance of a gigantic red star, that was studied by astronomers through the orbital telescope Hubble and it was at a distance of about 20 million light years, can represent the first birth of a black hole ‘witnessed’ by humanity, according to newscientist.com. Using the data given by the Hubble telescope, a astronomers team from the Ohio State University coordinated by Christopher Kochanek announced that they observed the disappearance of the super-gigantic red star N6946-BH1. In the place of the very shiny star is only the space’s dark and the erased traces of the afterglow, noticeable in the infrared spectrum. According to Avi Loeb, an astrophysicist from the Harvard University, these can be the first direct data regarding the way in which the a super-massive star’s gravitational collapse can lead to the birth of a black hole.

N6946-BH1 was observed in 2004, for the first time, when it was a star 25 times bigger than the Sun. In 2009, the star become, in a couple of months, 1 million time more shiny than the Sun and after that, its intensity begun to decrease. According to the astronomers, it was like a gigantic bomb exploded inside the nucleus of the star. The scientists think that this extremely shiny explosion marked the beginning of the process of this star’s gravitational collapse and the forming of a singularity. The gravitational collapse takes place when the inner pressure of such a star becomes insufficient to resist to its own weight and in the context in which the process of nuclear fusion from the stellar reactor stopped after the fuel depletion. The Ohio University’s astronomers are optimistic and they will soon start to detect the X radiation emissions specific to a black hole.

When it comes to ransomware, you don't always get … END_OF_DOCUMENT_TOKEN_TO_BE_REPLACED

Peyton Carr is a financial advisor to founders, … END_OF_DOCUMENT_TOKEN_TO_BE_REPLACED