You are here: Home / Weather / Summer Holidays in Britain Washed Out 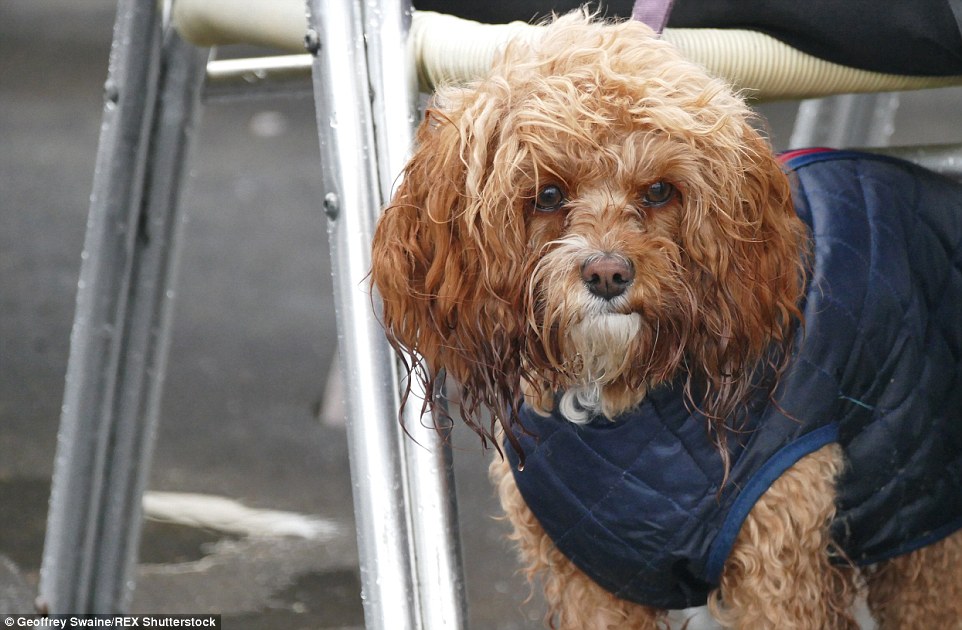 Gales of more than 50 mph will batter coastal areas of Britain today as ‘unseasonably strong winds’ threaten to disrupt the school summer holidays. Campers and other holidaymakers planning to spend the day outdoors on their break have been warned to take care, especially in the South West.

And forecasters have warned of ‘changeable’ weather into next month, with temperatures below average for the time of year.

Three-day forecast: Wet weather will remain in the far North of England – which will see heavy showers through the afternoon today.

Surface pressure chart: A number of occluded fronts (in pink) – bringing cloud and precipitation – are shown over Britain at lunchtime today. Met Office forecaster Dean Hall said winds are set to reach speeds of up to 45 mph inland, and possibly more than 50 mph in coastal areas.

He added: ‘We will likely have more unsettled weather with low pressure moving in from the Atlantic.

‘The weather will be changeable, but temperatures are certainly below average for this time of year.’

A Met Office yellow ‘be aware’ severe weather warning for wind in the South West is in place from 6 a.m. to 9 p.m. today.

Meanwhile those towing caravans have been warned of the potential for disruption, while Mr Hall said ‘it won’t be too pleasant’ for people camping.

Wet weather will remain in the far North of England – which will see heavy showers through the afternoon – and southern parts of Scotland.

Showers, some of which could be thundery, are expected to be slow-moving across northern and eastern parts of England.

Mr Hall said that while winds in the South will generally ease tomorrow it will still be breezy. And thunder is even possible in the North.

The 12-year record temperatures earlier this month show no sign of return, with frost forecast overnight on Wednesday in Scotland.

Wednesday will be a breezy and cool day across the UK with a mixture of sunny intervals and scattered showers, some of which will be heavy.

It will be generally drier for much of the UK on Thursday with sunny spells and isolated showers, but showery rain is expected in western Scotland.

When it comes to ransomware, you don't always get … END_OF_DOCUMENT_TOKEN_TO_BE_REPLACED

Peyton Carr is a financial advisor to founders, … END_OF_DOCUMENT_TOKEN_TO_BE_REPLACED