You are here: Home / World / Survey Points to Challenges NATO Faces Over Russia 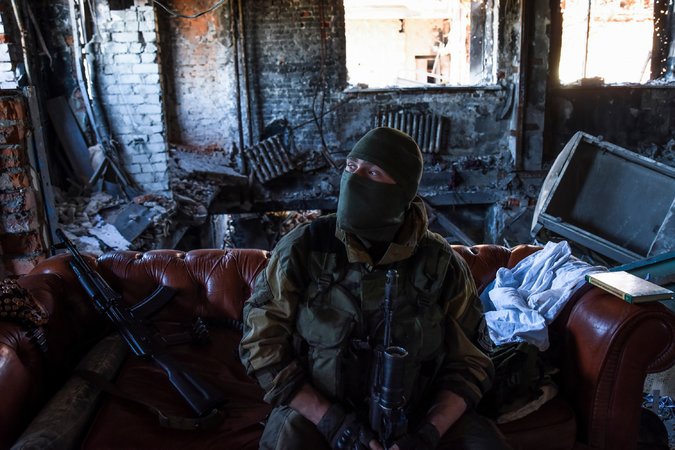 WASHINGTON - As NATO faces a resurgent Russian military, a substantial number of Europeans do not believe that their own countries should rush to defend an ally against attack, according to a comprehensive survey to be made public on Wednesday.

NATO’s charter states that an attack against one member should be considered an attack against all, but the survey points to the challenges the alliance faces in trying to maintain its cohesion in the face of an increasingly aggressive Russia.

“At least half of Germans, French and Italians say their country should not use military force to defend a NATO ally if attacked by Russia,” the Pew Research Center said it found in its survey, which is based on interviews in 10 nations.

Ivo H. Daalder, a former American ambassador to NATO and the president of the Chicago Council on Global Affairs, said that after a quarter-century in which NATO worried little about defending its territory against Russia, “it will take a serious effort by the alliance to convince its public of the need to prepare for, deter and, if necessary, respond to a Russian attack.”

The survey is likely to send an unsettling message to Baltic members of the alliance, which have been looking for more assurances from NATO that it will protect them from Russian meddling.

Estonia, Lithuania and Latvia have been worried that they may become targets of some of the “hybrid war” tactics that Russia has used to try to mask its operations in eastern Ukraine. They include the use of specially trained troops without identifying patches whose operations are denied by Moscow.

“Our data shows that Germans, French and Italians have little inclination to come to a NATO ally’s defense,” said Bruce Stokes, the director for global economic attitudes at the Pew Research Center, “and if the next military conflict in the region is hybrid warfare, and there is some debate who these Russian-speaking fighters are, such attitudes will only further inhibit NATO’s response.”

The Pew report is based on 11,116 telephone and face-to-face interviews in eight NATO countries as well as Russia and Ukraine. The interviews were conducted from early April to mid-May, and the results have a margin of error of roughly plus or minus three to four percentage points, the center said.

The Western alliance has long found it difficult to mobilize public support for military spending. But public opinion is not always decisive in shaping NATO policy.

Not all of the data in the Pew report is bad news for NATO. According to the study, residents of most NATO countries still believe that the United States would come to their defense. Americans and Canadians also largely say that their countries should act militarily to defend a NATO ally, and nearly half of the British, Polish and Spanish respondents say the same.

“You would have a basis for building a political consensus if there was a serious Russian attack,” Mr. Daalder said.

But the study highlights sharp differences within the alliance’s ranks. Of all those surveyed, Poles were most alarmed by Moscow’s muscle flexing, with 70 percent saying that Russia was a major military threat.

Germany, a critical American ally in the effort to forge a Ukraine peace settlement, was at the other end of the spectrum. Only 38 percent of Germans said that Russia was a danger to neighboring countries aside from Ukraine, and only 29 percent blamed Russia for the violence in Ukraine.

Consequently, 58 percent of Germans do not believe that their country should use force to defend another NATO ally. Just 19 percent of Germans say NATO weapons should be sent to the Ukrainian government to help it better contend with Russian and separatist attacks.

Support for the NATO alliance in Germany was tallied at 55 percent, down from 73 percent in 2009. Those results are influenced by Germans in the eastern part of the country, who are more than twice as likely as western Germans to have confidence in President Vladimir V. Putin of Russia.

In the United States, the study notes, support for NATO remains fairly strong. Americans and Canadians, it says, were the only nationalities surveyed in which more than half of those polled believed that their country should take military action if Russia attacked a NATO ally. Forty-six percent of Americans believe that the United States should provide arms to the Ukrainian government, though Republicans are more likely than Democrats to support such a move.

The findings on Russians’ attitudes are likely to be disappointing for NATO supporters.

Western officials have calculated that economic sanctions will eventually erode Russian support for Mr. Putin’s decision to intervene in eastern Ukraine, but he has remained extremely popular by riding a wave of nationalism and controlling much of the news media. Most Russians are unhappy with the state of the economy, but they tend to blame not Mr. Putin but the drop in oil prices and the West’s efforts to punish Russia.

Eighty-eight percent of Russians said they had confidence in Mr. Putin to do the right thing on international affairs, the highest rating since Pew started taking polls on the question in 2003.

“The Ukrainian situation continues to be very good for Vladimir Putin with his own people,” Mr. Stokes said. “The Russians feel the pain of the economy, but they blame it on the West, not on Putin.”

When it comes to ransomware, you don't always get … END_OF_DOCUMENT_TOKEN_TO_BE_REPLACED

Peyton Carr is a financial advisor to founders, … END_OF_DOCUMENT_TOKEN_TO_BE_REPLACED