You are here: Home / Featured / The suspect in the Quebec’s mosque attack, arrested for six charges of aggravated murder 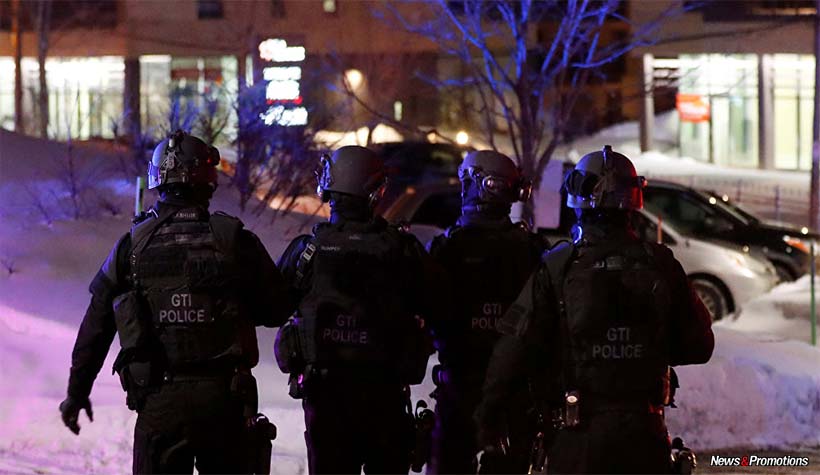 The suspect in the case of the attack committed to a mosque from Quebec, Canada, in which six people were killed and 19 injured was impeached on Monday for six charges of aggravated murder and for five charges of attempted murder, informs the local police, transmits the DPA. The 27 year old suspect, Alexandre Bissonnette, appeared in front of a Court in Quebec, informed the local police on Twitter. The Facebook profile of Bissonette, closed in the meantime, shows that the young man who lived not far from the mosque, was studying the political science and the anthropology at the University of Laval.

His Facebook page also shows that the suspect was following politicians and activists of the extreme right, among which the Marine Le Pen. The six victims were identified: six men aged between 39 and 60 years and with different professions. The police released a second suspect, who had been arrested shortly after the calls through which were announced more shoots at the mosque in Sainte-Foy, Quebec. The second person is now considered a warning, said the police. Bissonnette was arrested at about 20 km from the scene of the tragedy, after he rang the police and said he was ready to give himself up. The police confiscated firearms from his car and a team of specialists was called to check if there where explosive materials on board.

The police did not provide any clue about the possible mobile of the attack, but they assured the Canadians that the situation is under control and that no other persons were involved in the attack. In a gesture of a rare national unity, the premier Justin Trudeau and the leaders of all the political parties expressed the support for the local Muslim community in Canada, after which they went to Quebec to take part in a wake in the memory of the victims.

When it comes to ransomware, you don't always get … END_OF_DOCUMENT_TOKEN_TO_BE_REPLACED

Peyton Carr is a financial advisor to founders, … END_OF_DOCUMENT_TOKEN_TO_BE_REPLACED