You are here: Home / Entertainment / Take a Sneak Peak at the ‘Friends’ Reunion 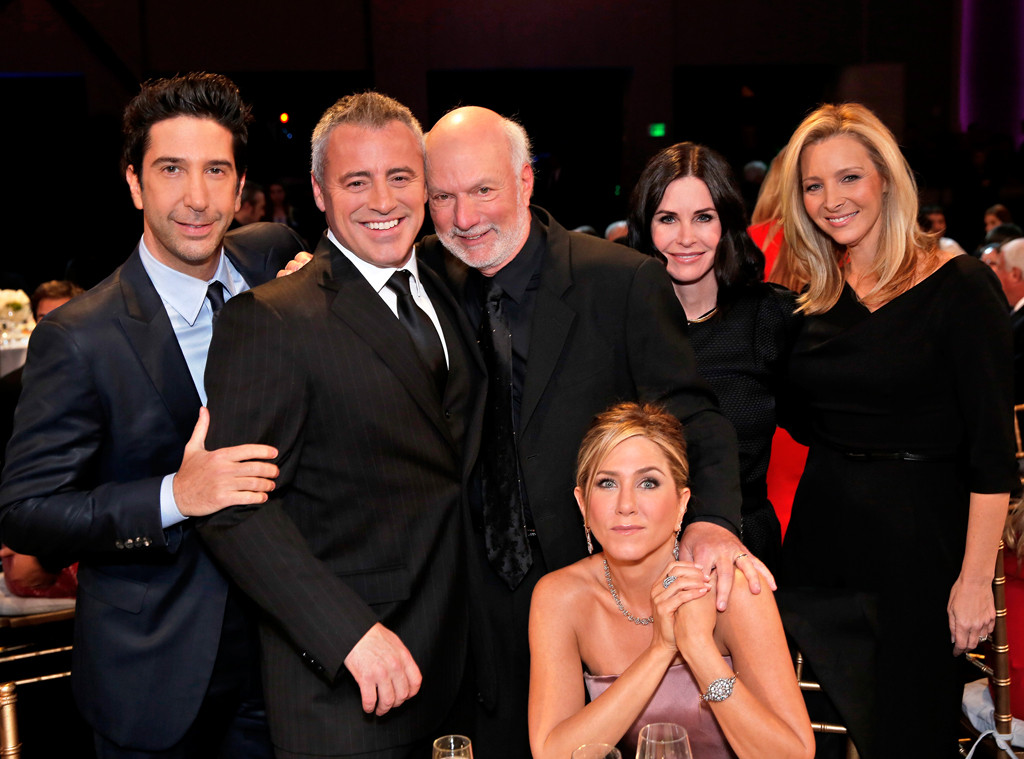 Friends forever! Jennifer Aniston, Lisa Kudrow, Courteney Cox, Matt LeBlanc and David Schwimmer came together to honor their Friends director James Burrows making Must See TV: An All-Star Tribute to James Burrows probably the only televised Friends reunion we’ll ever get…even though it didn’t feature the complete set. Matthew Perry was in play rehearsals in London, but his presence was certainly felt. E! News has an exclusive preview of the big reunion below.

“We wish he was here. Matty, we miss you,” LeBlanc says in the clip.

So, what is it about Burrows that got them all finally (mostly) together?

“We would anything for Jim Burrows because he really gave us the opportunity of a lifetime and probably the best 10 years of our acting careers that we will forever remember,” Aniston says. “And had some of the greatest creativity—We experienced friendship, family, heartbreak, babies, everything together. We also sort of had a wonderful experience with the world loving us as well, they connected with us.”

Burrows directed the Friends pilot and helped the six stars connect for the first time. Those famous poker games? They took place in Burrows’ dressing room, Kudrow reveals.”He really encouraged us to get along, get to know one another,” LeBlanc says. “And be kind to one another, support one another, watch one another and help one another.”

It seems you have Burrows to thank for that chemistry you came to know and love for 10 seasons. The Friends cast is just one of many famous TV reunions happening on Sunday, Feb. 21. The casts of Taxi, Will & Grace, Cheers, The Big Bang Theory, Mike & Molly, Two and a Half Men and more are all coming together to pay tribute to Burrows.

When it comes to ransomware, you don't always get … END_OF_DOCUMENT_TOKEN_TO_BE_REPLACED

Peyton Carr is a financial advisor to founders, … END_OF_DOCUMENT_TOKEN_TO_BE_REPLACED