You are here: Home / Entertainment / Taylor Swift says goodbye to another boyfriend 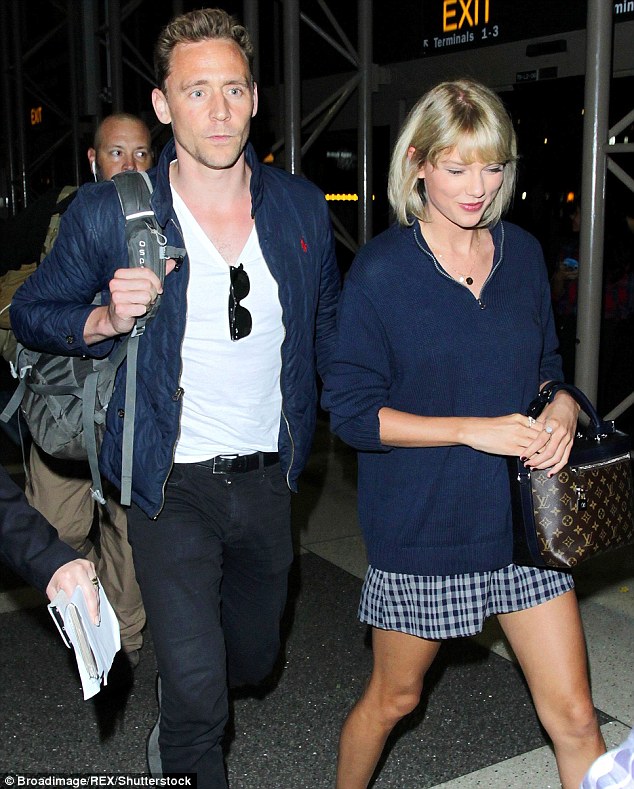 The news about Taylor Swift and Tom Hiddleston being a couple came out after they were seen together at the Met Gala, in May, and they have been inseparable since then. But, sources close to the two stars say that they are not a couple anymore. The journalists called the Taylor Swift -Tom Hiddleston couple, ‘Hiddleswift’. In these three months of relation, Swift was in England, to meet Tom’s family. The same sources from the entourage of the stars say they the two will remain friends, despite their separation. Their relation begun after the Scottish pop singer and DJ, Calvin Harris, broke-up with Taylor Swift, in June, after 15 months of relation, Harris being the one who ended the relationship.

Tom and Taylor don’t seem to be affected by their recent separation. The singer was photographed with a smile on her face while she was leaving a fitness center, in New York, while the actor is happy and enthusiastic on the shooting stage of the ‘Thor’ movie, in which he plays with Chris Hemsworth and Idris Elba. The Taylor’s team came up with the idea that Swift is the one who decided to end the relation because of the Hiddleston ‘s demand of walking on the Emmy’s red carpet with Swift in order to give his career a boost. But, the friends say that Tom ended the relationship because he uses to get bored very easily. According to the Billboard magazine, Taylor Swift is the artist with the biggest sales on the digital platforms from all times. Also, she was nominated, for the second time, the Woman of the Year by the Billboard magazine, becoming the only artist that won this distinction more than one time. Each of the singer’s studio albums are sold in more than 4 million copies in the USA.

When it comes to ransomware, you don't always get … END_OF_DOCUMENT_TOKEN_TO_BE_REPLACED

Peyton Carr is a financial advisor to founders, … END_OF_DOCUMENT_TOKEN_TO_BE_REPLACED