You are here: Home / Business / The televisions were the stars of the CES tech show in Las Vegas 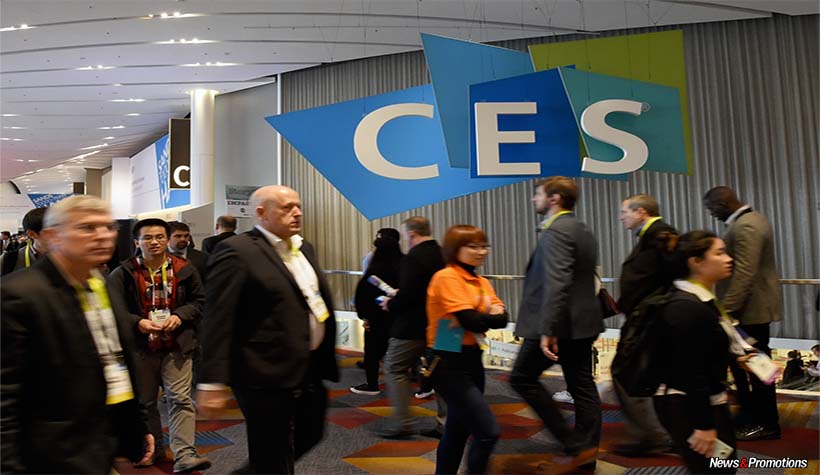 Screens as smooth as a poster in the case of LG or vibrating to transmit the sound instead of the speakers from Sony, the great giants of the electronics industry have attracted the people with their TVs at CES 2017 in Las Vegas, the largest market of electronic equipment in the world, informs the AFP. The South Korean group LG Electronics has presented a flat-screen TV called ‘W’, a name that David VanderWaal, vice president responsible for the marketing in the USA, explained it by referring to the British terms for the designation of a poster or a window (‘Wallpaper. Window. Wow’).

This model has a diagonal of 1.65 meters, but is only 2,57 millimeters thick. It has been designed to be mounted on the wall with magnets of about 4 mm. The Japanese group Sony presented in a new line of TVs for which it has opted for the technology of organic high definition screen OLED display, a domain reserved by LG, until now. The world sales of the televisions are declining, being anticipated that will be purchased about 105 million units this year compared to 108 million in 2016, because more and more people prefer the tablets, the smartphones, or their computers to watch the various programs, said Steve Koenig, an analyst of the CTA sectoral association, which organizes CES.

The sales of the screens with high definition (4K) continue to rise and the TVs remain the stars of the Las Vegas event. Sonny has integrated the Android TV program of Google on its TVs to make them capable of entering directly on the Internet. The Chinese group TCL, came at CES with the mission to extend its market, and it has Android TV and Google among the partners. It presented at CES 2017 25 new TVs connected to the Internet intended for the North American market.

When it comes to ransomware, you don't always get … END_OF_DOCUMENT_TOKEN_TO_BE_REPLACED

Peyton Carr is a financial advisor to founders, … END_OF_DOCUMENT_TOKEN_TO_BE_REPLACED